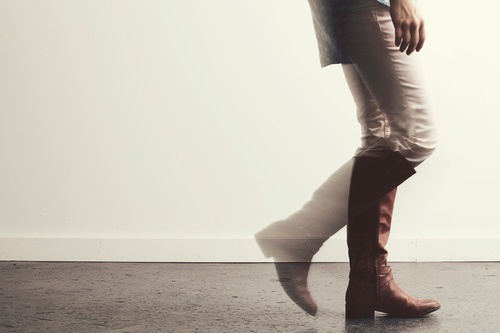 When I joined the staff of Granger Community Church in 1994, leaving never crossed my mind. Oh, I suppose if I had thought about it very long, I knew I wouldn’t be there forever. But on that particular day, as far as I was concerned, I was in it for the long haul.

And when my five-year anniversary came, I felt like I was still in the honeymoon phase. The church was growing like crazy, we were enjoying our new facilities, and the future was bright.

After ten years, even though I was getting calls from other organizations and churches who wanted me to consider joining their team, I was never tempted. I knew I was exactly where I was supposed to be. And when my 15-year anniversary rolled around, I was convinced that I would still be at my church for another 15 years.

Then, after 19-years on staff, I started to sense something different might be in my future. At first, it scared me. It felt disloyal. I didn’t share my thoughts with anyone for a long time. When I did, I couldn’t believe the words that were coming out of my mouth: I’m beginning to wonder if my season here is coming to a close?

Just eleven days prior to my 20th anniversary, I walked away from the place I helped build, staff, pastor, equip, and lead. It was exponentially harder than I ever imagined, but I knew I was doing exactly what God wanted me to do.

Perhaps you’ve also been at your church 20 years - or maybe only two or three years. The question remains the same: How do you know when it’s time to say goodbye and move on? I’ve had the opportunity to talk to scores of pastors and church staff members over the years about their transition - and our team has the privilege to talk to hundreds every year. We offer the following list to help you discern whether or not it's time to seek another position.

1. Your heart no longer beats fast for the mission.

This doesn’t mean the mission is wrong - it might just be indicative that God is calling you to something else. (A good book to read if you're at this crossroads is Holy Discontent by Bill Hybels).

2. You begin to hear things come out of your mouth that you don’t really think or feel.

You are going through the motions, saying and doing the right things, but it has become very inauthentic to what you really believe.

3. You find yourself watching the clock at the end of the day.

Being anxious to leave your workplace and be somewhere else is a strong indicator that you're no longer invested.

4. Your main reason to stay is because of the paycheck.

If you know in your heart that you’d walk away in a hot second if you had another way to support your family, your heart isn't in it.

5. At the end of your vacation, you begin to get tense and dread going back to work.

This is a sign that you no longer enjoy and find value in what you do.

6. You don't trust your leader.

Outwardly you are supporting your leader, but inwardly you find yourself questioning him more all the time. If you are honest with yourself, you no longer trust him.

7. You no longer tithe to your own church.

Giving is a heart issue, and it often times indicates you don’t trust or believe in the way the church is handling the money.

8. You are worn out with "sideways energy."

Rather than investing your energy in moving the mission forward, you are worn out with sideways energy—debating ministry philosophy and arguing over methods. You feel like you are banging your head against the wall over the same issues again and again.

Of course, these reasons taken individually aren’t necessarily an indication that you should leave your church. It might mean you need to take a break, initiate an important conversation, or perhaps see a counselor.

But sometimes you are being “nudged” toward something new. Dr. Henry Cloud, in Necessary Endings, writes, “Getting to the next level always requires ending something, leaving it behind, and moving on. Growth itself demands that we move on.”

As a church leader, you might feel like you are letting your church down. You carry the burden of believing that some people will lose their way spiritually if you “abandon” them. But many times I’ve seen the departure of a leader be the impetus for someone to stop relying on a person and begin putting their focus back on God.

Cloud writes, “Without the ability to end things, people stay stuck, never becoming who they are meant to be, never accomplishing all that their talents and abilities should afford them.” This is true both for the person who is making a change, and for those who are impacted by the change.