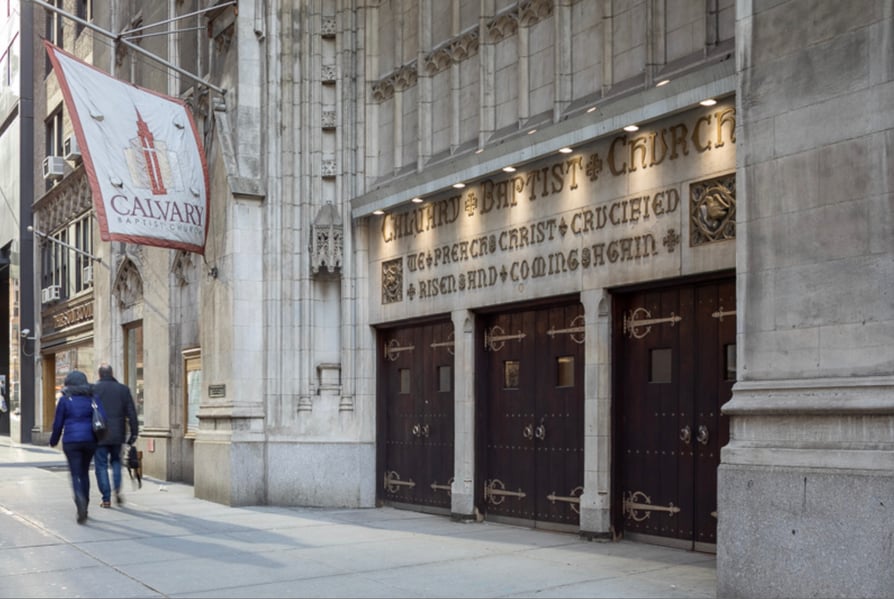 Calvary began in 1847 as a small church in lower Manhattan, meeting in different locations and moving uptown with the growth of the city, where it eventually arrived at its current site on West 57th Street in 1883.

While Calvary Baptist is not affiliated with any particular denomination, it is committed to being a partner with hundreds of like-minded churches and Christian ministries all over New York. Indeed, its strategic central location in midtown remains both a beacon and a hub for spreading the gospel.

The church has a rich heritage of faithful and dynamic preaching. In his autobiography, Billy Graham spoke fondly of Calvary on multiple occasions. At the beginning of the legendary 1957 Crusades, he wrote, “First thing I did the next [Sunday] morning, .... Ruth and I went to church at Calvary Baptist on West 57th Street across from Carnegie Hall to hear John Wimbish preach.”

This legacy of faithful Biblical preaching is one of Calvary’s three distinctives.  The others are its astounding diversity and its unique location.

And what a location it is! Calvary is situated between Sixth and Seventh Avenues on West 57th Street, two blocks south of Central Park, set between some of the tallest skyscrapers in the world and perfectly situated for public transportation access from all five boroughs and the surrounding suburbs.

This central access has made it possible for people from all walks of life to come together to hear the Word of God and to connect with one another in fellowship and in service. It’s difficult to describe Calvary’s diversity; you have to experience it! It has people from every state in the U.S., people from every ethnic background, people in every profession including students, the homeless, the retired, entertainers, families from the Bronx, singles from Brooklyn, immigrants from Queens, and business professionals from Jersey and Staten Island. It’s inspiring to see a church composed of every people, tribe, language, and nation committed to reaching out to a world of every people, tribe, language, and nation!

The ideal candidate for Senior Pastor shall profess a personal faith in Jesus. He shall demonstrate keen spiritual insights appropriate for spiritual leadership and vision casting for the church. He shall be able to exegete the Scriptures accurately and be able to articulate the Word of God in a manner appropriate for a nationally recognized pulpit and international radio ministry.

He shall display vitality in his spiritual walk as a believer and shall meet the Scriptural qualifications for Elder. He shall exhibit the ability to provide pastoral care in a multicultural, multiethnic, urban environment. The ideal candidate will exhibit a spiritual maturity and experience that qualify him to provide counsel to departments and members. He shall have a heart for evangelism and outreach. 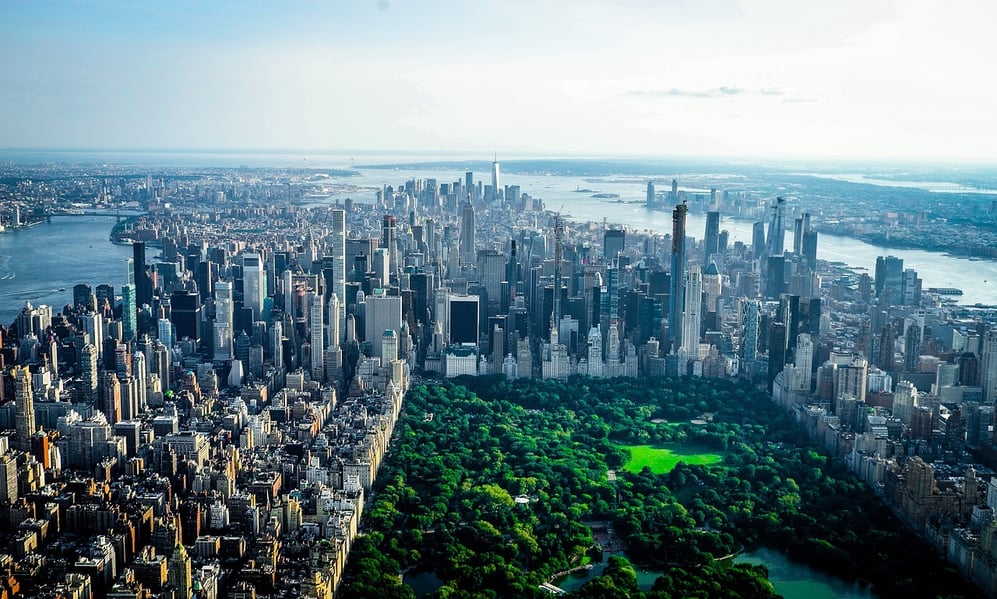 What it's Like to Live in New York, New York:

Everyone has a different picture of what it’s like to live in New York City, based on the thousands of films and television shows that portray the city, on its constant backdrop in every news broadcast, or its culture and influence that are inseparable from American history. Simply mentioning New York sports teams or highlighting its iconic places like Times Square, Central Park, Rockefeller Center, Wall Street, the World Trade Center, Broadway, Fifth Avenue, the Statue of Liberty, United Nations, etc., bring a myriad of images to mind.

Families who move to New York City discover, paradoxically, that it is both larger - and smaller - than they would have imagined. One’s neighborhood becomes a home, and yet, traveling from one point in the city to another can seem like traveling to another continent. New York’s mass transportation system, the largest and most complex in the country, is essential for Manhattan dwellers.

Calvary’s central midtown location is situated between Sixth and Seventh Avenues on busy 57th Street, across from Carnegie Hall and two blocks south of Central Park. The building is set between some of the tallest skyscrapers in the world, and most importantly, it has optimal access by public transportation from all five boroughs and the surrounding suburbs. Having been in this location for over 135 years, Calvary’s outreach and connection to the local community is immeasurable.

Affordable housing is the first thing that comes to mind when people think about moving to New York, and Calvary remains committed to providing the level of compensation that will enable the next senior pastor to live close to the church.