The Role: Champion Forest Baptist Church's next Senior Pastor will lead and oversee weekly services, sermons, and all aspects of a dynamic and thriving ministry. 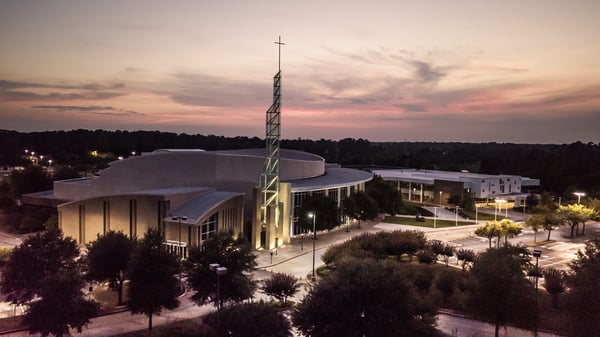 Seeing a need for a gospel-centered church in -the Champion Forest area, Pastor Robin and Janie Guess held the church's first worship service in their home on September 20, 1970. Five -of those present were members of the Guess family and the sixth was the first music director, Pete Sanchez. The gathering soon moved into the Klein Intermediate School where it officially became "Champion Forest Baptist Church" with 230 Charter Members. Not long after, the church purchased nine acres on Champion Forest Drive and built its first worship center along with an educational building.  Champion Forest Baptist Church was on its way.

A MISSIONAL “WHATEVER IT TAKES” MINDSET

In April of 1978 Reverend O. Damon Shook became the church's second Pastor. With a passion and determination to reach the lost, the church did whatever was necessary to stay on mission for Christ, -including portable buildings, adjusted schedules, and even a parking garage. CFBC ultimately reached its full capacity at the Greenwood Forest location, but since a no vacancy sign was not an option, the church purchased 55 acres on Stuebner-Airline Road, stepping out on faith to design and build all new facilities at what is now the Champions location. The people gave and God was faithful. In 1998, the church was once again strategically positioned for continued growth and for even greater community and Kingdom impact.

FROM PASTORAL TRANSITION TO IMPACT

After 27 years of faithful service, Pastor Shook retired in 2005. Champion Forest Baptist Church was well prepared for the transition, and ready to continue on mission. In December of 2006, Dr. David Fleming became the third Senior Pastor of the church. Almost immediately, the church launched the $40 Million Impact campaign and began construction on three new buildings for children, students and adults. In spite of a difficult economy, the buildings were completed and dedicated in 2010. Champion Forest Baptist Church did far more than hold its own, but advanced through great transition and in a challenging economy, to God be the glory!

A STRATEGIC MISSION FOR MULTICULTURAL MINISTRY

A RENEWED VISION FOR CHURCH PLANTING

One major indication of the heart of Champion Forest Baptist Church has been the faithful tithing and the response to special giving programs.  There have been three major fund-raising campaigns that have been undertaken to meet the ever-growing membership and scope of CFBC.  The first was to build the new worship center and parking garage on the original grounds of CFBC.  The second in 2007-08 was the earlier mentioned $40 million “Impact” campaign which was accomplished during an incredibly challenging time for the USA and Texas economy.  “Multiply” the third major campaign in 2018-19, raised $60 million and made it possible to construct the North Klein campus and fund the new multisite locations and expanding ministries of CFBC.  The response by the church body to each of these campaigns speaks volumes about both the God’s faithfulness and the congregation’s obedient faithfulness.

In the Fall of 2017, Hurricane Harvey devastated the city of Houston with catastrophic flooding.  Immediately the church went to work organizing and mobilizing a massive relief effort.  As the water receded, the church went out to the community.  About 1000 homes in the shadow of our steeple, were “mudded-out”.  The work was alongside the SBC disaster response crews for a 2-3-month period.  Around 2000 church members volunteered for the efforts, and in addition, financial aid was given to affected church members and Baptist churches in the area that suffered damage.  The power of God was very evident and on full display to the community.  This experience further underscored what was already known - the importance of CFBC establishing a gospel-centered missional-minded church presence across Northwest Houston.

In the Fall of 2019, Champion Forest Baptist Church opened the doors of its new Community Ministry Center (CMC) located on the Champion Campus.  The CMC is meeting community needs at a pace that is exceedingly more than we could have ever imagined.  We are now serving the community through CMC presence at every campus.  All foods from the three campuses are taken to the Champion Campus for distribution.  From the outset the center has been operated by hundreds of CFBC volunteers giving first, school supplies and second, groceries to those families in need near our church.  All supplies/groceries are from the generous donations of church members.  Every visitor to the CMC receives two gifts - the gift that meets their physical need and the gift of the Gospel of Jesus Christ (95 professions of faith thus far).   During COVID-19, the CMC has distributed more than 3,300 boxes of food to needy families (each box contains enough food for a week for a family of 4), which is approximately 70,000 total pounds of food.  The kindness, the generosity by the members is an example of the desire to reach the lost for the Kingdom of God.

The above listed dates, facts, buildings, and ministry efforts that are referred to above are tangible evidence of what has been the ongoing, foundational reason for the growth and stability of Champion Forest Baptist Church.  There has always been, throughout its 50-year history, regardless of the Pastoral leadership, a very real, warm realization of the Christ-like spirit which permeates the membership.  Without the presence of the Holy Spirit in the life of CFBC, there would be a different view at the corner of Stuebner Airline and Strack Road, or at the three other locations.  May the Lord continue to bless Champion Forest Baptist Church.

The Senior Pastor is responsible for leading the staff, key leaders, and congregation by championing the mission, core values, and strategies of the church. They in turn will provide overarching pastoral and strategic leadership while implementing and communicating the vision for the church. 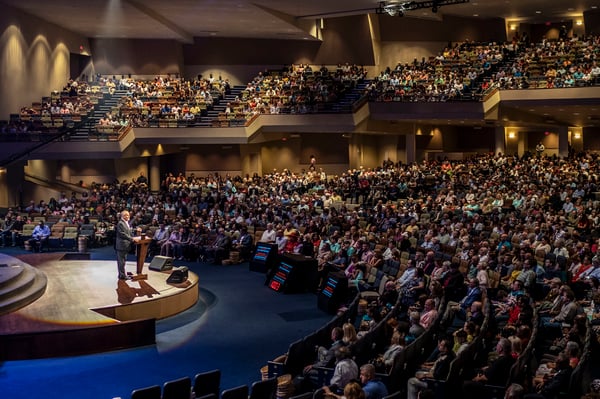 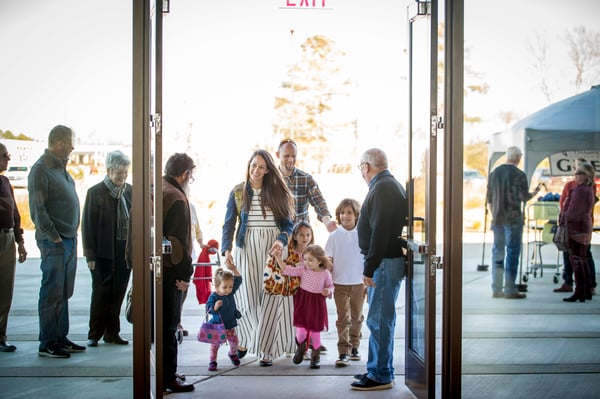 The city is the home of the Texas Medical Center, the world's largest concentration of healthcare, research institutions, and NASA's Johnson Space Center where the Mission Control Center is located.

Rated as a global city, Houston's economy has a broad industrial base in energy, manufacturing, aeronautics, and transportation. It is also leading in health care sectors and building oilfield equipment; only New York City is home to more Fortune 500 headquarters. The city has a population with various ethnic and religious backgrounds and a large and growing international community. It is also home to many cultural institutions and exhibits in the Museum District, which attracts more than seven million visitors a year. Houston has an active visual and performing arts scene in the Theater District and offers year-round resident companies in all major performing arts.