The Role: The Senior Pastor for New Prospect Missionary Baptist Church will be a visionary individual with a proven track record of high capacity leadership with ever increasing responsibility.

Reverend Charles B. Heath was called as pastor in the spring of 1939. Much was accomplished under Reverend Heath's administration. Due to the fact that there were two churches in Detroit with the same name, Reverend Heath had the church change its name from First Baptist to New Prospect Baptist Church.

In early 1968, Reverend Dr. S. Leon Whitney from Jackson, Mississippi was called to lead New Prospect Missionary Baptist Church. Under his leadership, more property at the Pembroke location was obtained, and the facilities were expanded. There was much growth under Reverend Whitney until his death in 1989. Two other pastors served until March 1999.

On March 1, 1999, history was made in Detroit. Reverend Wilma Robena Johnson, a female Assistant Pastor at Hartford Memorial Baptist Church, was elected Senior Pastor of New Prospect Missionary Baptist Church. Under Reverend Johnson’s leadership, the old sanctuary was remodeled and converted to administrative offices and multipurpose rooms. In 2009, construction was completed on a $7.5 million Light Center that included a worship chapel, library, bookstore, nursery, fine arts center, and classrooms. In addition to the physical footprint, the ministry footprint was broadened; the church partnered with a local elementary school to establish an after-school program to provide tutoring and enrichment activities, provide monthly worship services and meals to residents at a low income housing complex; minister to senior citizens in three different nursing homes, and provide a monthly distribution of food to members of the community from the church's food pantry. Other active ministries include Sunday School, Christian Education, Prison/Correction, Cancer Support, Bereavement and Hope Support, Children and Youth, Evangelism Outreach, Married Couples, and Seasoned Senior Citizens.

In 2016, God called Reverend Johnson home to her eternal reward after a long battle with cancer. She left a rich legacy of faith, godliness, and perseverance. New Prospect has since been led under the very capable leadership of its ministerial staff. We have now come to a new season of ministry and seek God’s will to find our next Senior Pastor.

The vision for the future is to strengthen our existing ministries and to be a church that provides programs and activities that address the needs of all groups, including baby boomers, Generation Xs, millennials, youth, children, and all others. New Prospect also desires to continue and strengthen their ongoing relationships with local community groups and organizations.

The ideal candidate will be spiritually mature and possess a passionate love for God, His Church, the community, and reaching the world for Jesus Christ. They must be a creative preacher/teacher, able to powerfully teach God's Word, and have demonstrated ability to effectively connect people to Christ and the church.

They will develop and cast the mission, vision, and values of New Prospect and work with the ministry leaders to identify and align ministry strategies to fulfill the church’s mission to the community.

The Senior Pastor will: 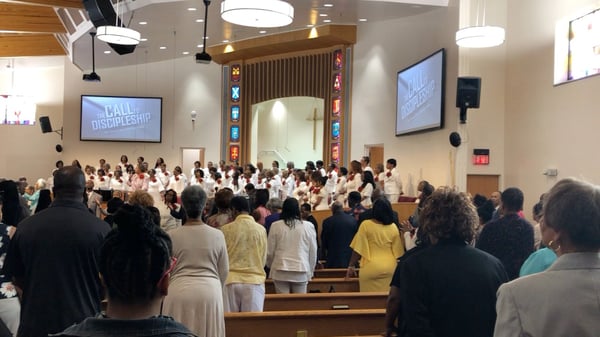 Required competencies and characteristics for the position of Senior Pastor at New Prospect Baptist Church are as follows:

Detroit is the largest and most populous city in the state of Michigan, the largest city on the United States–Canada border, and the seat of Wayne County. The municipality of Detroit had a 2017 estimated population of 673,104, making it the 23rd-most populous city in the United States. The metropolitan area, known as Metro Detroit, is home to 4.3 million people, making it the second-largest in the Midwest after the Chicago metropolitan area. Regarded as a major cultural center, Detroit is known for its contributions to music and as a repository for art, architecture, and design. Detroit is also known for Muscle cars, Motown, Techno music, a culture capital, foodie magnet, and trendsetting. Detroit is a tenacious, enduring, and persevering city long associated with industry and automobiles.

Detroit was noted as one of the top travel destinations in the world for - 2018, with  the New York Times naming it one of the world’s top places to go in 2017, Detroit is capturing worldwide attention. The city’s rich musical and industrial heritage is more alive than ever before, mingling with an ever-expanding array of museums, performing arts, events, and international cuisine as considerable development in the city contributes to its growth and popularity