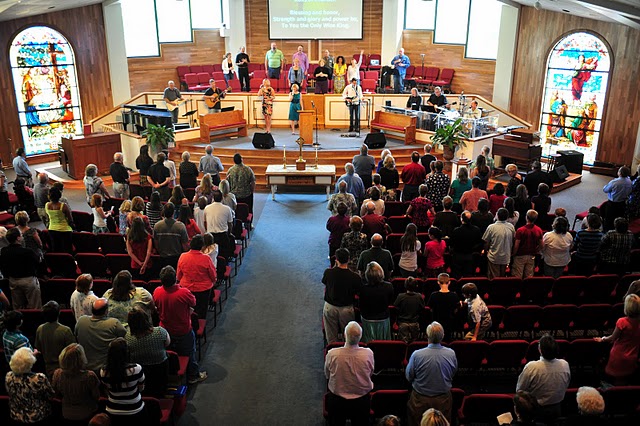 Advent Presbyterian Church, an Evangelical Presbyterian Church in Cordova, TN, has a big vision to share God’s love. With a desire to equip believers, embrace an atmosphere of prayer, exalt God and His works, and expand the love of Christ throughout their community and beyond, Advent is on mission.

As we often see, a mission and vision can only be as strong as the people leading it. In 2016, Advent Presbyterian Church began to face something that every church has to journey through at some point: the departure of their Senior Pastor.

In this case, it was the impending retirement of their Head Pastor, Dr. Chris Scruggs, who had served as Advent's Senior Pastor for six years and been on staff for a total of 18. For most churches, it would be overwhelming to lose a pastor who had been an integral part of their staff for so long, and for Advent it was no different.

"When we first began the search for a Senior Pastor, we approached it in the traditional way," explained Phil Bellamy, an Elder and the Chairman of Advent Presbyterian's Pastor Search Committee. "A pastoral search committee was formed from people in the congregation and some of our elders."

Although Phil was a proponent of this traditional approach to find their next Senior Pastor, he had also been exposed to something a little different earlier in the year. In June of 2016, Phil attended the Evangelical Presbyterian Church's General Assembly where William Vanderbloemen taught seminars on pastoral search and succession planning.

After attending the seminars and finding them to be extremely helpful, Phil thought that using Vanderbloemen Search Group to find Advent’s next Pastor could be a smart idea. But while Phil saw the value of using a pastor search firm, it was a more foreign concept to the search committee. He stressed to them two main points as to why using Vanderbloemen would be beneficial: First, the search would be nationwide, and they would have access to candidates they could never find or contact on their own. And second, it would be a faster process, allowing Advent to get a new leader in place sooner rather than later.

"I asked the committee if they wanted to be doing this [search] for one and a half to two years. No one did.”

The Senior Pastor Search Committee was formed in July of 2016 and on March 19, 2017, Dr. Joe Skillen was unanimously voted as Advent Presbyterian's next Senior Pastor, making the journey a total of 9 months from beginning to end.

Using Vanderbloemen allowed Phil and the pastor search committee to focus their energy on other important tasks like prayer, communication, and preparation rather than sifting through hundreds of resumes and teaching samples. With the Lord’s guidance, Vanderbloemen’s process provided clarity so that Advent could discern which man God was calling as their next Senior Pastor. On Easter Sunday 2017, Dr. Skillen took the pulpit to continue leading Advent on their mission to spread the love of Christ.