“We are absolutely thrilled. We've really hit a home run with this, and he is a great fit.”

St. John XXIII College Preparatory School (SJXXIII) opened its doors in August of 2004 and was the first new Catholic high school in the Houston area in 40 years. Its mission is to "prepare the hearts and minds of students to serve God and others," while offering a refreshing new model for Catholic secondary education.

In 2016, the school found itself in a position to hire a new principal. The Board of Directors at SJXXIII had conducted similar searches on their own before, but this time they decided to take a different approach.

"The school did not have a good track record of hiring principals," said Father Steve Sellers, President of SJXXIII. "They had been doing their own searches for a while and had been trusting the resumes that had come in from various sources. There was never any consistency. The board members themselves realized they needed to have this professionally done."

In November of 2016, the board at SJXXIII engaged Vanderbloemen to help them with this crucial hire. Using a search firm was a new practice for them, but they were willing to take a leap of faith.

“After our consultants came and spoke to us, we knew we had made the right decision."

Because the board had participated in principal searches before, they knew how time-consuming the search process could be. Time is a precious commodity in a search process; the search team is usually eager to find their hire, but they have limited hours in the week as they balance their full-time responsibilities as well. Engaging a search firm with full-time employees whose sole responsibilities are to conduct searches was valuable for SJXXIII’s board. 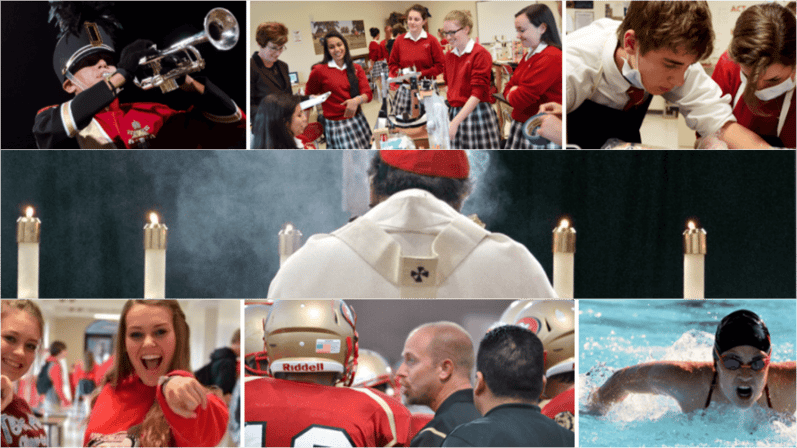 "For someone to actively go out and pursue people that might be a good match and to do the initial screenings was huge," said Fr. Sellers. "Our consultants were able to sift through all those resumes and immediately know which ones would not be part of the criteria we needed. It saved us that unending hassle of trying to get a committee together to look at resumes."

The consultants at Vanderbloemen continued to sift through resumes and thoroughly vet candidates, and after a three-and-a-half-month process, SJXXIII offered the position to Timothy Gallic, a principal from Sarasota, FL. While the search process of a new principal was relatively quick, SJXXIII College Preparatory is expectant that Principal Gallic’s legacy will live on for a long time.

"We are absolutely thrilled. He's been up here a couple of times and has met with the students and faculty. We've really hit a home run with this, and he is a great fit."