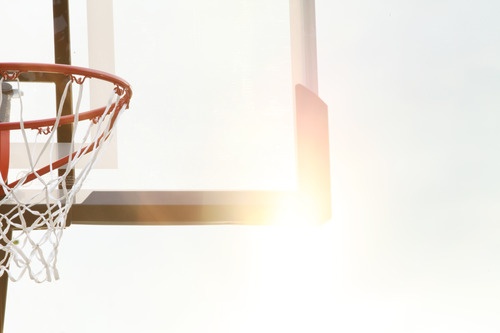 The television ratings for the 2015 NBA Finals between the Golden State Warriors and the Cleveland Cavaliers was the highest since 1998, the last year that Michael Jordan won a championship. The series featured a marquee matchup between Stephen Curry, the regular season MVP, and LeBron James who stated, “I’m the best player in the world. It’s that simple.”

The Warriors prevailed in the series because, besides Curry, they had much higher overall team quality, and a greater sense of “team.” Before the season started, coach Steve Kerr said their motto for the year would be “strength in numbers,” and that the Warriors would rely on the depth of their team and more players making significant contributions than is typical on other NBA teams. Their plan called for teamwork, unselfishness, alignment on the greater goal, and keeping egos in check.

Which church is going to sustain long-term kingdom gains, one with a gifted, superstar pastor or a church with a gifted pastor who is part of a leadership team of gifted and skilled leaders?

Andy Stanley has suggested that one of the best things you can do as a pastor is to surround yourself with smarter, more capable people. Someone once observed that if you are the smartest person in the room, you’re in the wrong room!

Let’s look at three basic questions for effective leadership teams in a church.

1. Who should be on your leadership team?

One of the biggest decisions that will determine the effectiveness and future of your church is deciding who will be on your leadership team. That is why the Apostle Paul cautions, “Never be in a hurry about appointing a church leader” (1 Timothy 5:22). Above all else, is the person who are electing to your leadership team a fully-devoted follower of Jesus Christ? Do they have leadership gifts? If they are not a leader, they shouldn’t be on the team. Can they put the overall vision of the church over their own special interests?

Patrick Lencioni points out that members of a leadership team need to have a stronger sense of loyalty to that team than to any other team they may lead. A leadership team made up of leaders all just lobbying for their particular ministry will be ineffective and stifle the progress of a church. Can they put the success of the entire church over their own special interests? Resist putting someone on a leadership team because of length of time at the church or on the staff.

Just as a basketball team made up of all point guards would be a disaster, look for a diversity of leadership gifts and styles. Having six people on a team who are all very similar has little advantage over a single leader.

2. How many should be on your leadership team?

Larry Osborne writes in his book Sticky Teams, “When an executive team gets too big, it’s hard to get anything done.” At the church I served as pastor, we determined that the leadership team would never get out of single digits. Lencioni observes that when a team gets larger than eight or nine members, team members tend to advocate a lot more than they inquire. Smaller teams ask more questions, seek more clarity, and share their opinions more readily, not worrying that they won’t get an opportunity to speak again.

3. How should leadership teams operate?

For a team to function at a high level, there needs to be trust, commitment, and a willingness to disagree. Intel, the huge microchip company, has a concept called “disagree and commit.” When you cannot come to agreement around the table on an issue, you must still leave the room totally committed to the agreed upon strategy and course of action.

I saw this personally on the leadership team at the church I pastored. One of the leaders was a very high-level leader at Intel. We were discussing a major decision, both directionally and financially, for the church. Six members of the leadership team supported one direction, this particular leader disagreed. But when the decision did not go the way he wanted, I never heard him speak of it again, and he was fully on board with the direction of the decision. This means that you have to be willing to allow disagreement and conflict. In churches we are often afflicted with “terminal niceness” and think we cannot have conflict of any kind. Some conflict crosses a line and becomes destructive and not fitting for Christian leaders, but healthy disagreement about issues, strategies, and direction with a unified commitment to the chosen course is a mark of healthy teams.

A team made up of high-capacity leaders will beat a team with a lone superstar carrying the load. Every time. True in basketball, and true in the church.

What are some other marks of effective teams?

If you liked this, you'll also like Church Staffs And The San Antonio Spurs.