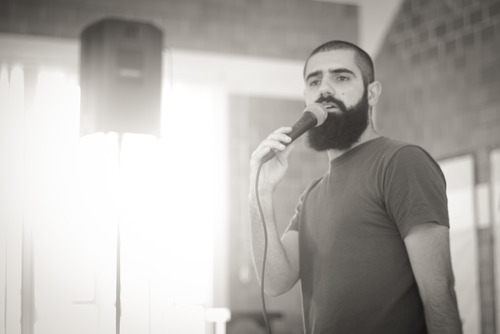 One of the first times I was given the chance to preach in front of an entire congregation, I was serving as a youth pastor. And it was a disaster. I was a crazy mixture of excited and nervous and ended up speaking for 30 minutes longer than any pastor had spoken in the church before. I should have realized that when I saw several people asleep in the congregation. Afterward, my pastor showed me an extreme amount of grace, helping me understand how I could have made my point with less words… a lot less words. Through that experience, I learned a great deal and became a confident (and much more succinct) speaker, eventually joining the rotating preaching team.

Here are 4 reasons churches should give those young leaders the chance and be okay with letting them stumble along the way.

1. It’s a reminder that the church is a place of progress, not perfection.

There is a fine line between striving for excellence and striving for perfection. The former recognizes the importance of working hard at everything we do while acknowledging our constant room for improvement, and the latter assumes that there is a perfect standard that not only can, but should be met by leaders. A culture of perfection is a dangerous one that will eventually burn out leaders, alienate congregations, and ultimately skew message of the Gospel.

By giving young leaders the chance to speak, teach, or lead while simultaneously giving them the space to make mistakes along the way, you remind people (including yourself) that faith is a journey. The point isn’t to simply let young leaders fail, but to encourage them, direct them, and help them become better when they do.

2. The experience can speed up a young leader's development.

Young leaders often crave the chance to try new things but are given the message (often non-verbally) that they are not ready. However, when senior leadership gives young pastors the chance to lead and serve in new ways, they are telling them that they are believed in and that they have potential. This kind of encouragement can do more good for building a young pastor’s confidence than years of internshipexperience. Confidence in one’s God-given gifts often takes years to develop. By encouraging and supporting up-and-coming pastors, senior leadership can fast track their development, giving them more fruitful ministries throughout their lifetime.

3. It paves the road for others to step into leadership who might not have otherwise.

Every congregation has people who have felt the quiet desire to step into a leadership role but don’t because they perceive an immense gap in experience between themselves and the pastor. By seeing the senior leadership give an inexperienced pastor or leader the chance to lead and fail, with grace every step of the way, congregants are more likely to step out and pursue leadership opportunities. Taking the time and the risk to invest in one inexperienced leader can end up creating a culture of empowerment and in turn a culture of leadership.

Regardless of capability and experience, every pastor will one day have to step down and turn over their post to someone else. By investing in young pastors, giving them the chance to lead in front of the congregation, and showing them support from the very beginning, there is a much better chance that you will be able to hand off the ministry to someone who not only knows the church, but who was encouraged, challenged, and loved by it. This in turn gives the church a much better chance of pursuing its vision for generations to come.

What opportunities do you owe to leaders who were willing give you the chance to lead, fail, and learn?

If you liked this, then you'll also like 3 Reasons To Hire For Potential Over Experience.