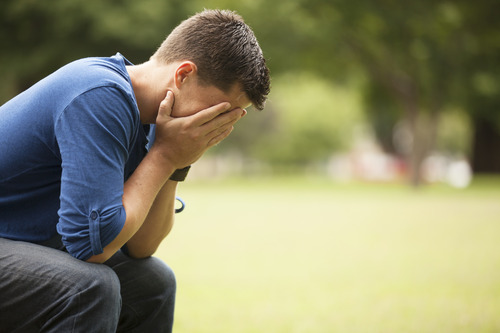 Can any pastors relate to that old man? Sometimes it seems no matter what you do, you face criticism from people. Whatever crowd you try to please makes another crowd unhappy, and you can find yourself constantly adjusting to the critics.

"Learning how to cope with criticism is one of the most critical things for pastors to master." [tweet this]

Criticism can come from all angles, and it can leave deep wounds. So how can we learn to deal with criticism and not let it distract or destroy us?

Church leaders, here are 4 tactics to help you deal with criticism that comes your way:

1. See it as inevitable.

Jesus was criticized as a drunk and a tool of Satan. The Apostle Paul was criticized as not being a legitimate apostle. Famed radio broadcaster Paul Harvey used to say, “You always find the most clubs under the best apple trees.”  In fact, in some ways a pastor can rejoice when criticized. Why is that? Because Jesus said, “Woe to you when all men speak well of you” (Luke 6:26).

2. Respond only when necessary.

Some criticisms don’t warrant a response. Nehemiah would not be distracted from his work of building the wall to respond to critics. Jesus did not respond to all criticisms. Abraham Lincoln was constantly criticized yet rarely responded. Responding to criticism can distract you—keep your eyes on the goal! As a Pastor, when I got anonymous criticisms, I immediately threw them away and told my staff to do the same.

3. If a response is necessary, be slow to respond.

"In an age of emails and texting, our responses are often way too fast!" [tweet this]

Proverbs 12:16 says, “A fool shows his annoyance at once, but a prudent man overlooks an insult.”  In the New Testament, James writes about being slow to become angry.

How well do you know the critic? Have they been overwhelmingly positive in the past? Do you know their love for you? Some criticism is legitimate, and we need to learn and grow from it. But often, if the criticism is overly harsh or angry, it says more about the critic than it does about you. They may havemajor issues going on in their life that is boiling over to the surface.

Criticism – and learning to handle it – is so important to your success as a church leader.

What other ideas do you have for helping a pastor cope with criticism?

If you liked this, then you’ll also like Revolutionary or Evolutionary? 5 Tips for Pastors in a New Role.