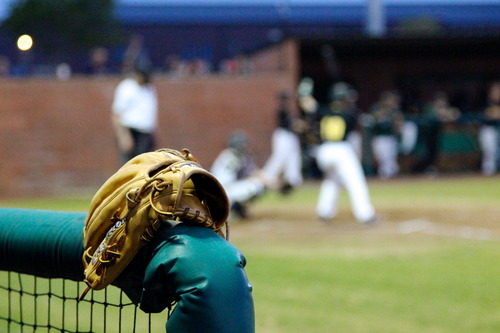 The Major League Baseball trading deadline just came and went, and many players were suddenly joining new teams as a result of a trade. That got me thinking, “How do you join any new team? Even a church staff team?” Living in California, I was especially interested in the trade that brought Chicago Cubs’ pitcher, Jeff Samardzija, to the Oakland Athletics.

Here are four things I observed that could help a person who is about to become part of a new church staff team:

1. Immerse yourself quickly in the new environment.

When Jeff Samardzija arrived in Oakland, there was a game in progress. After a brief press conference under the stadium, he immediately showed up in the dugout and began greeting his new teammates. He could have just stayed in the clubhouse until after the game, but he did not.  When he arrived, the A’s manager asked Samardzija if he would be up for pitching the very next day? The pitcher said, “You don’t want to mess it up. I remember thinking about that on my way [to Oakland]. I just kind of wanted to make it as seamless as possible. I couldn’t think of a better way than to just go and pitch my first day there. That was a great way to get to know your teammates, share a game with them there. They get to see how you play and how much it means to you to play this game. That puts us on common ground, because they’re just a bunch of gamers and dirtballs who love to play.”

When you join a new team, get in the game! Show them how much it means to you to be part of the team and sharing in the work of building God’s kingdom on earth!

When Jeff Samardzija showed up in the Oakland dugout, having just arrived in the middle of a game, he was already wearing Oakland colors. Less than forty-eight hours after the trade, Samardzija was named to the National League All-Star team, a first for him! But now he was on an American League team, what would he do? When asked, he said he would be introduced at the game with the National League, then he would quickly go change and join his new teammates in the American League dugout.

When you join a new church staff team, don’t hang pictures of your former church building in your office, don’t wear shirts with the logo of your previous place, don’t wear people out by always saying, “Well at my former church. . . .”  Wear the new colors!

3. Don’t expect everyone’s reactions to be the same.

When the new pitcher for the A’s showed up in the dugout, he went down the bench greeting and shaking hands. Some reached up with a smile and took his hand, some acted as if they didn’t even see him (they were joking with him). When you join a new team, some may seem ecstatic that you are there, others might just grunt. That’s okay, not everyone will show the same enthusiasm that you are there.

“He’s got the Oakland look down. That’s what was pretty relevant from the start,” says long-haired A’s catcher Derek Norris through his Duck Dynasty beard. “He fits in great.” The A’s are a quirky, fun-loving bunch with special dugout celebrations after a home run and pies in the face during interviews after the game. When you join a new team, try to get a handle on the culture as quickly as possible. If there are certain rituals, traditions, or other quirky things—jump in!  Show you are part of the culture.

What other tips would you have for joining a new team?

If you liked this, then you’ll also like Pastor Transition Tips: Welcoming Your New Pastor.