5 Ways To Improve Your Sunday Announcements 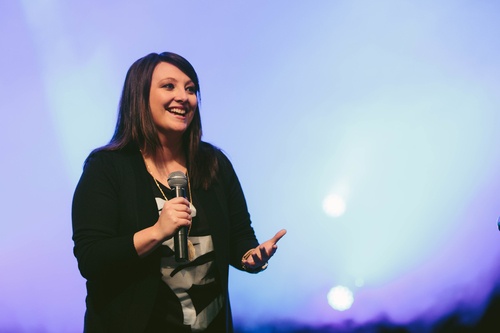 Announcements happen at a time in the gathering where there’s a ton of information to share and you probably don’t have the full attention of the congregation. So much time is typically devoted to the Sunday message, worship songs, and other service elements that announcements are often an afterthought. For us, it wasn’t until our announcements got awkward enough (usually due to using bad jokes trying to lighten up the space) that we sat down to improve our announcements.

Here are some of the ways we decided we could make the most of our weekly Sunday announcements.

1. Remind people who you are

One of the first things we found helpful for announcements was to remind people of who we were, both as individuals talking to the congregation and who we are as a church. If you have different staff members giving announcements every week, they should introduce themselves. This is a great way to help the congregation get to know the staff members that they might not interact with regularly.

It’s also helpful to remind congregants or introduce newcomers to who you are as a church. For us, this was a quick sharing of our vision and mission that ended by thanking the congregation for joining us for the gathering.

2. Highlight the exciting things going on in the church

One of the biggest gifts an announcement can give your congregation is framing church as more than just a Sunday gathering.

It might be a subtle distinction, but there can be a big difference between mentioning that you have a newcomer gathering after the service and talking about how exciting it is to see new faces joining the community.

Another thing we learned in our journey to improve announcements was that a ton of information during the announcements could be a distraction from the rest of the service. We found that when we shared too much information, people were often busy jotting notes, checking their calendars to see if they could make it for all the events, or starting conversation. We found it was much better to highlight the most important events and then point everyone to places where they could find that information, such as an announcement card, our website, or our social media.

By reminding people of these things week after week, we didn’t have to worry as much about having all the information during the announcements because it could be seen it through one of the other mediums.

We also found that incorporating visuals into announcements made a huge difference in engagement. We used slides to highlight the main points and announcement cards/calendars to show the important upcoming events.

In the same way that most messages have accompanying slides, announcement slides can go a long way in increasing retention by your members.

5. Prepare what you’re going to say

This was the most controversial thing we found that could improve announcements. Most people made a list of things they needed to talk about during announcements and then would go up and talk about them off the cuff. This was fine most of the time, but we found that announcements typically took longer and were less effective when people didn’t prepare what they were going to say.

To mediate this, we gave everyone a standardized script for the things that we shared every week ("If you are giving this week, there are three ways you can give…"), then we had them write out what they were going to say about the rest of the announcements. This little bit of preparation went a long way in ensuring that the speaker had all the necessary information to share.

What are some ideas that your ministry has used for giving announcements?