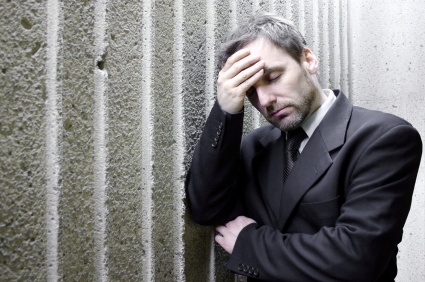 If you're a preacher, you've probably had the Monday blues before. Big day on Sunday, big bummer on Monday. In fact, Monday is our biggest day for receiving resumes.

Last Monday, we posted a resource on dealing with the low spot that Monday often is for preachers. I was floored at the response. The post ended up being one of our most popular posts.

It seems we hit a nerve.

So for the next two Mondays, we will be posting more thoughts about how to deal with the low spots. Here are two action steps for you to consider. I hope it helps, and would love to hear your thoughts on how to beat the Monday blues.

Do NOT work on next week’s message until Tuesday.

It’s way too tempting to second guess your Sunday work, jump right into analysis, and then to drawing up the next message.

I’m told that most NFL coaches don’t watch game film until a day has passed. Most great golfers take Monday off. Completely. Are you taking real time away from developing preaching?

My running shoes last about 400 miles before they begin to wear out. Then Dad showed me a trick. If you alternate pairs of shoes every other day, the midsoles of each pair has time to recover. The result: my shoes now last about 600 miles per pair when I rest them.

Your preaching/studying muscles are no different. Rest today, and you'll be a better preacher tomorrow.

Don’t miss your workout on Sunday afternoon or Monday.

There's an old saying in recovery programs that goes something like this:

"Sometimes you have to drag your rear end out of the ditch before your head will follow."

Getting the body well often precedes the mind and emotions coming around.

Countless studies have show that exercise motivates. One study found that when a group of people suffering from mild to moderate depression exercised (i.e. strength training, running or walking) for at least 20 to 60 minutes 3 times a week, they were significantly less depressed 5 weeks later. The benefits were immediate and were maintained for these participants as long as they kept on exercising.

So this Monday, get out the door and walk or run.

You may not feel like getting out there. Here's an old trick I've used on myself for years:

I would head out Monday morning and used to have to lie to myself saying, “I’m only running 10 minutes, then I’m quitting.” Turns out, I never had to quit once I was out the door and moving for 10 minutes. And I almost always felt better after my run. By releasing some stress, and some endorphins, you will likely kick your body out of the funk Monday can bring.

In the end, the good news about Monday blues is that Tuesday always comes. Hang in there. It will probably be better tomorrow!