Church Leadership Decisions: How To Make Better Ones 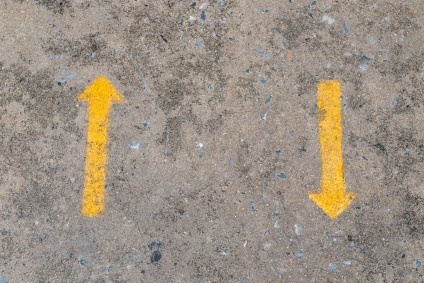 Making decisions is a fundamental part of being a church leader, and a leader’s success or lack of success rides primarily on the ability to make great decisions.  Making good decisions on a consistent basis is a must whether the leadership arena is business, politics, sports, or the church.  Decision-making implies that there are alternative choices to be considered, and those choices will come across a church leader’s desk on a daily basis.  So how can a church leader make better decisions?

It was Mark Twain who said, “If you know you have to swallow a frog, swallow it first thing in the morning.  If there are two frogs, swallow the big one first.”  Decisions come in all sizes and varieties, and sometimes a leader is tempted to not tackle the tough ones.  Here are just a couple of the principles I have learned from and leaned on through years of church leadership decisions.

Delay a decision as long as possible.

Steven Sample, President of the University of Southern California writes about this principle in his bookThe Contrarian’s Guide to Leadership.  He writes, “Never make a decision today that can reasonably be put off till tomorrow.”  He cites the example of President Truman, when someone would come to him wanting a presidential decision, the first thing he would ask is, “How much time do I have?”  Does it have to be decided within the next five minutes, today, this week, or six months?

It is fairly obvious how this helps a leader make better decisions.  You might get more information than was available today, more light might be shed on a situation, another alternative may become available.  Now the obvious downside to this principle is procrastination by a leader fearful of making a tough decision, waiting too long.  Lee Iacocca used to say that a successful leader has to make decisions when only 75% of the information is in, if the leader waits until 100% of the information is in, it is often too late.  The key word in the quote by Steven Sample above is the word “reasonably.”  Some decisions cannot be reasonably put off - they must be made now.  But, if a leader has some time, it is generally wise to take that time.

Many church leaders believe a myth that there is only one way to make decisions, and they get locked into one style (e.g. consensus), and their team gets locked into one style.  About sixteen years ago, I sat in a workshop led by Mark Miller, a Vice President with Chik-fil-A.  He outlined four different levels to making decisions and shared that it is often helpful to communicate with your team the level of this decision.

Level One: Command - an individual makes the decision, often the leader.  It is great for fast decisions and capitalizes on the knowledge of the leader, but it also has a low sense of ownership, stifles creativity, and can build dependence on the leader.

Level Two: Consultative - this is when the leader retains the right to make the decision, with input from others.  This level can sometimes improve decisions and a sense of contribution, but it can also be discouraging if input is rejected.

Level Three: Consensus - this is not about voting or unanimity, but consensus.  This method can be good for complex issues and there is high ownership in the decision, but it is often slower and requires more effort.

Level Four: Delegated - the decision is given to a group or individual to make.  This has the highest ownership and displays confidence in a person or team, and it frees up the leader’s time.  But the risk of a bad decision also goes up.

Sometimes it is helpful for a leader to communicate to a team, “I’ve got a level two decision - I am going to make the call, but I want your input.”  This helps avoid confusion on a team concerning what role they play or don’t play in a decision.

These are just a couple of principles for making better decisions, but there are many.  What principles have you used as a leader to hone your decision-making skills?