7 Communication Practices That Will Improve Your Staff Culture 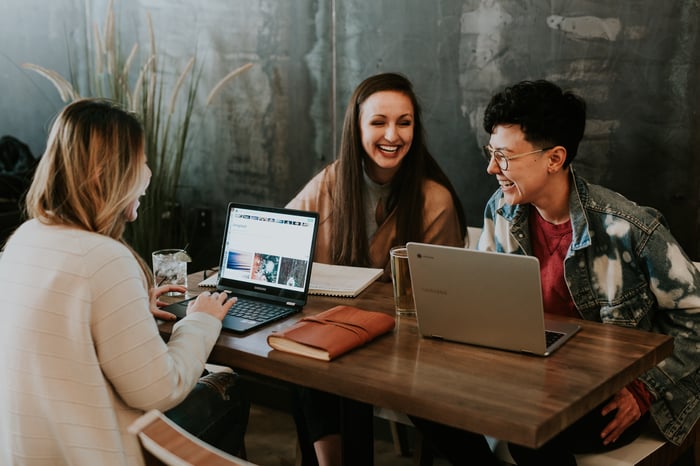 Everyone wants to work at an organization with a great culture. Every leader wants a staff with high morale and a positive culture but often isn’t sure how to create one. Plus, there is often so much work to do that focusing on developing a strong staff culture can feel overwhelming and be pushed to the bottom of the to-do list.

However, culture is important and it might not require as much work as you think it does. The key is intentionality, especially when it comes to staff communication.

Here are seven communication practices that will significantly improve your staff culture.

The public embarrassment of staff members is extremely harmful to culture. Whenever possible, choose to confront privately. There may be moments when a confrontation needs to happen in front of other staff in response to a staff-wide issue; however, these moments are likely rare.

When you praise a team member, be intentional about praising in public. Not only does this help encourage the team member but it also helps affirm and communicate expectations to the rest of the team.

When you praise a staff member’s actions, attempt to do it in front of others.

Build a culture of positivity by confronting privately and praising publicly.

2. Have Difficult Conversations in Person

Negative emails and texts are a bad idea because it leaves room for negative interpretation. The majority of communication is body language, so it is best to have a difficult conversation in person where the staff can read your body language.

If you are contemplating communicating something in an email, text, or verbal conversation, remember this: write positive things and say difficult things.

If you want to encourage a staff member, verbal encouragement is powerful but written encouragement has a lasting impact. Go “old school” and write thank you notes to staff members. Positive written word has amazing effects on relationships and culture.

If you need to communicate difficult things, say them face-to-face for two reasons: first, tone is interpretive in written form. Tones and intentions can easily be misread in an email. Second, it’s important to address a negative situation and move on. It’s unhealthy for staff to re-read and ruminate on difficult messages that are communicated in writing.

There is an old joke about a couple who has been married for a long time. The wife suddenly breaks down in tears and says to her husband of several decades, “I don’t even know if you love me.”

He responds with a shocked look on his face and said, “I told you I loved you the day I married you and if it changes, I will let you know.”

It is a joke a bit too close to reality for some staff members who long to please their immediate supervisor but rarely hear encouragement. They only seem to hear from them when they do something wrong. This is demoralizing to staff members.

Before a difficult conversation with a staff member, ask yourself how often you have encouraged them. If you have nothing encouraging to say to them, they probably should not be on your staff. But if they are a good staff member and hear from you only when they have done something wrong, you need to reevaluate your approach as a leader.

If you are more of an introvert and more of an internal processor, you may not realize how silent you seem to your direct reports. In spite of what may be natural for your personality, tell your direct reports what you are thinking. Do not make them figure it out. Be transparent. Be clear with your vision. Create an environment of trust by letting your team in on your thought process.

If your staff members have to figure out what you’re thinking, they will make assumptions that may not be close to reality.

Optimistic leaders attract followers. Pessimistic leaders tend to attract negative people. Two decades ago I read a powerful quote. I’m paraphrasing, but the idea was this: “In difficult times, the unbridled optimism of the leader will carry the day.”

Unrealistic optimism kills influence, but hopeful optimism changes those around you. As leaders in ministry, we have hope in the promise that His church will prevail. I know that doesn’t mean that every local church will prevail, but it should give us, as church leaders, a bias toward optimism.

6. Be a Raving Fan Publicly and a Frank Critic Privately

I heard this statement at a conference, and it changed the culture of our church when implemented. It improved our culture and put us all on the same team in a way we had not previously experienced.

If a new song goes terribly on a Sunday morning and a church attendee catches you in the lobby to say how much they hated the new song, you might agree with them, but you shouldn’t voice your opinion at that moment in public. I might say, “I’m sorry you didn’t like it. We try all kinds of things here, and some songs hit the mark and others don't connect as well. I trust Nate (our worship leader) will keep figuring that out. I think he does it really well.”

But Monday morning, I might be in Nate’s office asking questions to understand his thinking and perhaps, have a difficult discussion.

Being a raving fan publicly and a frank critic privately earns trust, improves morale, and creates a positive overall culture.

7. Have Relationships Outside of the Office

When consulting church staffs on the health of their culture, there are two things I ask about relationships:

The answers to these questions will reveal the health of your staff culture. No matter how driven you are, build relationships outside of the office.

Before I’d make a hire that would work closely with me, I would run the “Friday Night Test.” I would ask myself, “Is this the type of person (and family) I would want to spend time with on a Friday night?” If the answer was “no,” I shouldn’t hire them (if they were going to be a direct report) because I wouldn’t work hard at building a relationship with them outside of the office.

But if the answer was “yes,” it made my job easier, helped develop a stronger working relationship, and improved our staff culture.

What strategies have you found to be effective when communicating with your staff? What are some lessons you’ve learned from your experience? 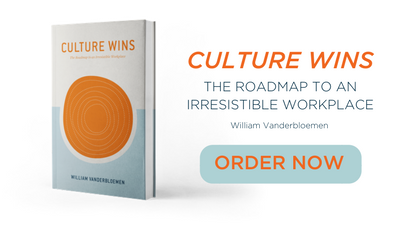