Cultivating Culture: What We Can Learn from “The Pittman Effect” 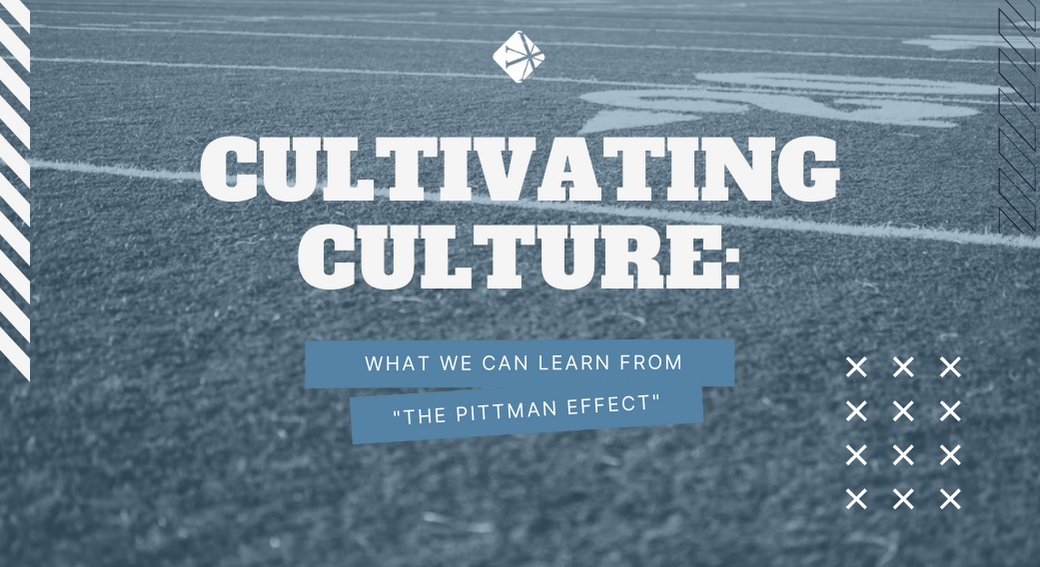 Whether you watch football religiously or just hear your coworkers chat about it on Monday mornings, there’s one team right now that seems to be on everyone’s minds: Arkansas Razorbacks football. Previously a team that hovered near the bottom of the SEC rankings, Arkansas has skyrocketed in the last year, jumping rapidly into the top 15 spots for teams nationwide in most polls. The videos of Arkansas students rushing the field after the University of Texas defeat have gone viral, and their victory over Texas A&M for the first time in 10 years was a win heard ‘round the world. Though Arkansas hasn't come out on top in the past two weeks, their overall improvement from years past is still incredibly evident this season.

So what changed for Arkansas? Was it better recruiting? Rigorous training? Or is it just a lucky streak? What it really seems to come down to is what many people are calling “The Pittman Effect.”

ESPN recently featured Arkansas head coach Sam Pittman in a highlight video shared thousands of times on Facebook, referring to the recent drastic shift in culture that has radically changed the football team. “Coach Pittman is building a culture that is nothing that Arkansas has seen before,” shared Arkansas linebacker Grant Morgan.

So what can those of us in ministry learn from the success of an SEC football team? There are two ways Pittman has specifically changed the culture at Arkansas, and Christian leaders should seek to spur on their staff and church in these same ways:

According to his players, Pittman has changed the culture with accountability. Rather than berating the players with general negative feedback, he pulls individual players aside and walks through their mistakes, while explaining how they can do better in the future. He then holds them accountable to actually get better by maintaining high expectations for their success. The players try to get better so they can fulfill the standards set by a coach that they know will be proud of them no matter what.

As leaders, we should be encouraged to do the same. If we complain about the overall culture of our church, school, or organization, we get nowhere. Change only happens when we meet our people where they are, hear about their struggles, and walk through individual change together. It’s when we address issues on a personal level that we start to see a big change.

The other side of the coin for accountability is encouragement. Coach Pittman himself said, “the loudest we should be at practice is when someone does something right.” If you want your staff to continue being motivated to do good work, then you need to honor and celebrate them each time they do something well. Though there is room for constructive criticism, if you only ever critique someone and then don’t celebrate their growth, then what motivation do they have to work hard, pursue excellence, or stick around at all? By encouraging the players, Pittman was able to instill in his players a sense of pride in their team and the hard work they were doing.

Arkansas’ success under Coach Pittman’s leadership makes it drastically clear: good culture is critical for any team, church, or organization to thrive. It can be hard to measure success within ministry the way you can measure it in football. There aren’t points, and there certainly aren’t- or at least there shouldn’t be- other teams we are beating. But we do have our own metrics that we get fixated on: number of filled seats on Sundays, amount of baptisms, donations compared to past years, and more. But there is no use obsessing over our metrics if we don’t have the right cultural bedrock for success.

Don’t wait until things are falling apart to cultivate the culture you want at your church, school, or organization. If you don’t know where to start, check out our Culture Tool to get a free comprehensive staff engagement study so that you can see where the gaps are that you need to start filling. And as you see things starting to change, your initiatives succeeding, and your team members thriving, don’t forget to cheer them on.