Easter Devotional: The Comedy Of Redemption 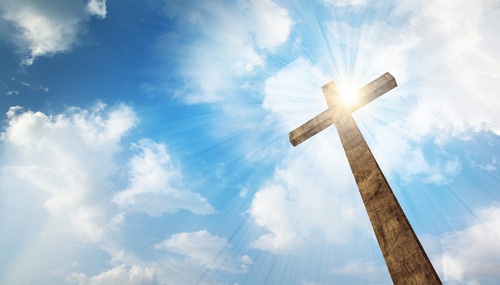 We live in the midst of a comedy. And Easter is the reason.

William Shakespeare believed that there were fundamentally only two types of stories: comedy and tragedy. Every one of his plays fell into one of these two categories.

There is a moment in every Shakespeare play when the audience finds out which type of play they are watching. In Acts One and Two of his plays, the plot builds and tensions rise. Then, in Act Three, we learn that either things will work out terribly (like Romeo and Juliet – tragedy) or that, despite the circumstances, everything will work out well (like Much Ado About Nothing – comedy) [1].

Do you know the term for that moment in Act Three?

Literally, the “crucial” moment. Also, the Latin word for “the cross.”

The parallel to the Gospel is hard to miss. Despite the circumstances, the cross has come. Death has been defeated. We may not know the details of how things will transpire between now and our last day, but we do know this: all will be well.

I don’t know what you’re going through, but I know that life can sometimes seem like a tragedy in today’s world. For now, there may be death, disease, poverty, and terrorism. For now, we live in a fallen world. But we live in the penultimate and final Acts of a Grand Comedy.

This Easter, remember that because the tomb is empty, all will be well. That crucial truth – the crux – will make all the difference in overcoming the bad times and in seeing an even better future during the good.

We live in The Comedy of Redemption. And because of that, you can live victoriously and joyfully no matter what you face in this world.

[1] My learning on drama and theology comes straight from one of my favorite professors, Dr. Ralph C. Wood, who currently teaches at Baylor University. His book, The Comedy of Redemption, explains these principles with more depth and knowledge than I have here. I thank Ralph for permission to cite his invaluable work.