Get Naked: How Vulnerability Can Transform Your Leadership 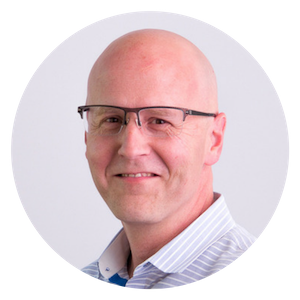 The following is an excerpt from Fairness is Overrated, Chapter Eight.

I was sitting in a weekly staff meeting recently, and Kem Meyer, one of my good friends and a co-leader on Granger’s executive team, was leading. She is a wonderful mom and was telling a story of being at the beach a few days prior with her friend. They each had their twelve-year-old boys with them, and the kids eventually wandered out a couple hundred feet into Lake Michigan. That wouldn’t be a bad thing on a normal day, but what she didn’t realize was that there were rip current warnings all up and down the shore. It was dangerous to be in the water that day.

Kem recounted the helpless feeling of watching her son and his friend struggling for their lives, arms waving, going under the water again and again only to resurface gasping for air. There was nothing she could do—the current was too strong for her and the other mom.

The staff was completely silent as she told about another man nearby who swam in and rescued the boys. You would think the story was about the miracle of this hero. And that was part of it. But the notable part of the story was Kem’s humility as she talked about how she failed as a mom, and how that failure almost cost the life of her son.

I sat there trying to figure out how it was that a leader talking about a failure made me respect her more, not less. She said, “I messed up,” and yet almost every person in the room wanted to follow her more than before she told the story.

When I was younger, I was more interested in image management. It seemed like there was a certain expectation for how I should act, what I should say, where I should go, and even what I should think.

Sometimes my thoughts would scare me. I believed if people knew about my doubts or fears, I would lose their respect. If anyone knew that I didn’t have the answers to the questions in my mind, I might lose my standing.

I don’t know if I changed or my surroundings changed, but I now believe almost the exact opposite. I think the most attractive leaders are those who reveal that they don’t know everything.

Patrick Lencioni is a great author and speaker. In a talk at the 2011 Global Leadership Summit, he gave several principles from his book Getting Naked. I found much of what he said to be quite insightful:

Another word for “vulnerable” is humble. In James 4:6, we are told, “God opposes the proud, but gives grace to the humble” (esv). I think the same may be true of the people around us. When we choose the path of pride rather than humility, we keep people at arm’s length. One of the easiest ways to begin practicing vulnerability is to admit your humanity. The next time you are asked a question and don’t know the answer, admit it. Just say, “I have no idea.”

Three years ago I told my Granger senior team, with tears in my eyes, “I have to drive down to see Heather [my daughter] at her college tomorrow and tell her that her youth pastor has disqualified himself from ministry, and then I have to tell her that her uncle is dying. And I have no idea how to do that.” A few months later one of my friends who was present at that meeting told me her respect for me went up that day since I went to a new level of vulnerability with the group.

It’s okay to admit weakness. In fact, the leaders for whom I have the greatest respect are often the most vulnerable.