How Church Leaders Can Have A Positive Confrontation Conversation 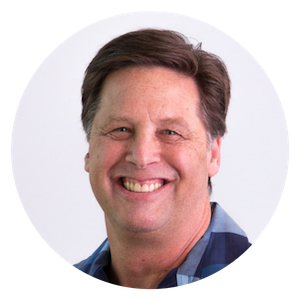 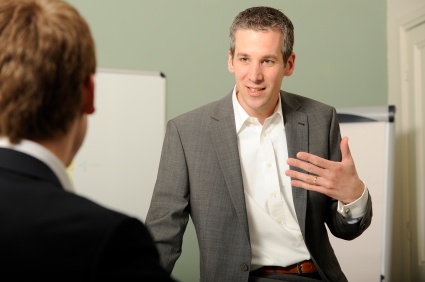 “I’m so frustrated with Jack. I’ve been paying him a salary to deliver on this project and not only has he not delivered, I haven’t seen anything that tells me he’s even working on it. It’s driving me crazy!”

I was sitting across the table from a senior leader for our weekly coaching appointment. The organization had been growing steadily over the past year and things really seemed to be moving in the right direction, but this leader’s frustration with one of his key employees had become a regular part of our conversations over the last month.

So I asked him, “So what did he say when you talked to him about the ways he is not meeting your expectations?”

Looking a little embarrassed, he said, “I haven’t talked to him about it yet.”

I don’t know many people who look forward to having hard conversations. Whether it’s with other church leaders, a boss, spouse, child, or friend, confrontation does not come naturally to most of us. Many church leaders avoid it whenever possible.

However, great church leaders understand the need for healthy confrontation and the tremendous opportunity for growth that a well-managed confrontation affords.

If you’ve been putting off having a hard conversation, here are some simple steps that you can take to make it a little easier.

2. Take responsibility to initiate the conversation.

Remember, it’s up to you to take the first step in having that hard conversation. If you wait for the other person or group to come to you, the conversation will probably never happen and you’ll just get more frustrated and angry while you wait. They may not even be aware that there is an issue at all. Make a call or send them an email asking for some “face time” to discuss a few things.

Never use email as a substitute for a face-to-face conversation or at least a voice-to-voice conversation on the phone. Email is too impersonal, and it is far too easily misunderstood. Your tone should be positive and upbeat, but be sure to let them know that the issues you want to discuss are very important.

4. Affirm the person, the relationship, and the desired outcome.

An example of what my friend might use when he has that hard conversation with his employee is this:“Jack, I have appreciated having you on the team. You work hard, and I value our working relationship. I have some issues I need to discuss with you which may be difficult to work through. But I am really hopeful that not only will we understand each other better, we will both be more effective in accomplishing our goals as we build this company.” Obviously, it’s important to say only that which is true in your affirmation. Don’t go overboard, but find something you can affirm as you get started and as you paint the picture of the desired outcome.

5. Be specific and don’t get sidetracked.

Clarity about the issue is critical.
• What’s the problem, and how is it negatively impacting the organization?
• How is it affecting you personally?
• What exactly isn’t working?
• Where has the person’s performance failed to meet your expectations? This, of course, assumes that the expectations they have failed to meet have been made clear to them. You might want to ask them to explain to you how they perceive the expectations and clarify them if they aren’t clear.
• How will you both know that the issues are getting resolved?

It’s important stay on track in the conversation. They may want to roll out a laundry list of their own complaints about you, your leadership style, or company culture. Don’t get sidetracked. Say something like this: “Those may be important issues for us to talk about in another conversation. Right now, I want to be sure we get deal with this particular issue.”

6. Set a time to revisit the conversation.

There is no “magic conversation” that solves all the problems in a relationship. Be sure to let them know that you value the relationship and you are looking forward to continuing the conversation over time.

Set a time in a week or two to revisit the conversation. Take note of progress that’s been made and address any other lingering issues during the follow up conversation. Once they get up the courage to have the hard conversation, many church leaders are so relieved to have done it that they never go back to be sure that the original issues have been fully addressed. Setting a time to revisit the conversation not only normalizes this kind of interaction but demonstrates that you really are committed to growth and are interested in making the relationship work over time.

There is no such thing as an easy confrontational conversation. But if you follow these simple steps, those hard conversations can yield remarkable growth in your organization and in your leadership skills.

What tips do you have for church leaders who are facing a confrontational conversation?