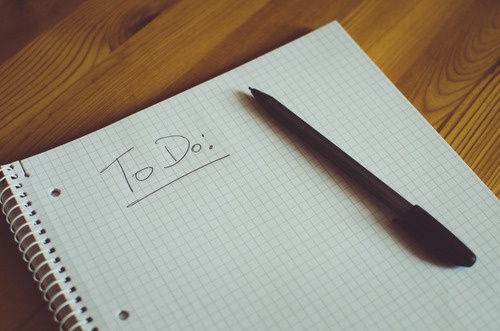 I come from the world of software project management in which the lines between workaholic and high performer only get blurrier with time. In an industry that recruits for potential and then trains for output and not necessarily for longevity, burnout is rampant.

Now, in working with churches and faith-based organizations to help them build great teams, I’ve realized that the signposts of burnout and workaholism are the same whether in the software world or the ministry realm.

What exactly is a workaholic?

If you can think of a person that’s constantly busy and stressed yet never really gets a lot of work accomplished, then you’ve got a great picture of a workaholic.  Are you familiar with the concept of conspicuous consumption? Conspicuous consumption is the buying of a specific product for the purpose of being seen buying it or displaying it so that people can see that you can afford it. The concept of workaholism is similar. The workaholic works to be seen working and acts busy and stressed to be seen busy and stressed. In lieu of true productivity and delivering quality, the workaholic attempts to elevate his or herself by making it seem as though they are working harder than anyone else.

Workaholics probably truly believe they have more work than others. If you focus more on the stress of how much you have to do rather than focusing on being productive, you may have some symptoms of workaholism.

Why is workaholism a bad thing?

When I was a student, I loved math and physics and, for a short time, I even taught the subjects. When trying to quantify the drawbacks of the workaholic, I turned to Physics. The equation for mechanical power is: Power=Work/Time. That is, the amount of work done in a given amount of time.

Using this equation allows us to see the drawbacks of workaholics. As time spent on work increases, power decreases. Beyond this equation, multiple studies have shown that quality of work diminishes over time. What this means is that workaholics are poor investment. Their work takes more time and costs more, their productivity isn’t any higher than other employees.

How does workaholism affect your team?

Perhaps the most dangerous aspect of the workaholic is his or her influence on others in the workplace. If you have a workaholic on your team, they’re adding undue stress to everyone. Many studies have been done on the “bad apple” effect in the workplace that confirm the negative effects of having someone on the team that drags others down.

For workaholics, this can be hard to catch. Because they seem like hard workers, often serious or busy, they appear to be model employees. In actuality, they’re artificially elevating the stress and urgency level on your team. While there are times that work should be serious and urgent, that should not be homeostasis. An engine revved to high for a prolonged period of time will break down.

Workaholic leaders are not proactive, but reactionary. They take credit for the team’s work to elevate themselves. When the do manage, they micromanage. They provide a poor example of work life balance and often set unrealistic expectations.

How can you prevent workaholism from creeping into your team?

Workaholism is a physical manifestation of a deeper problem. Perhaps the most common cause of workaholism is the coming together of feelings of inadequacy (real or imagined) with pride. When someone feels inadequate, but is motivated by pride to achieve in spite of their inadequacy the result is usually working more (or striving to appear to be working more).

There are two sides to solving the inadequacy equation: the team member and their leader. Some staff members have a constant nagging feeling of inadequacy or fear for which there is no external cause. For these, an intuitive leader can help remedy that with positive feedback and regular status check-ins.

For other employees, their feeling of inadequacy may come from them being ill-suited or under-equipped for their role. If they’ve been in their role for a while, perhaps the company has grown and they’re not able to keep up. If they’re a new hire, they likely shouldn’t have been hired for that role in the first place. The same can be said for an employee that was recently promoted. For these cases, a smart leader can move the staff member to a position they are better suited for.

Other times, a team member’s feelings of inadequacy are a result of the role itself being unnecessary. Perhaps someone else has been hired that has made them irrelevant. Maybe the role was too broad to the point of being confusing. Perhaps the team member if maintaining the appearance of working hard because they fear being fired.

In all cases, smart leaders will spend some time evaluating the team member and their role in order to better understand what the course of action should be. Regular feedback, status check ins, and open communication are necessary to help anyone on your team exhibiting signs of workaholism.

If you’re in need of guidance or an outside opinion about your team, staff organization, and its productivity, feel free to reach out to us. We have helped hundreds of churches and faith-based organizations build and maximize their teams, and we’d be honored to serve you all.