How Your “Gut” May Be Interfering With Your Hiring 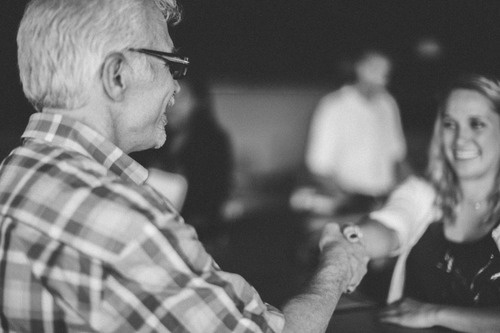 Earlier this year, the New York Times did an interview with Marla Malcolm Beck, Chief Executive of Blue Mercury, now one of the largest luxury spa and beauty product retail chains in the nation. When asked what was one of the greatest keys to her company becoming such a huge success, Beck credited her ability to interview potential candidates for skill, will, and fit with unbelievable speed.

“I’m the queen of the seven-minute interview,” Beck explained. “In about two minutes, I can ascertain skill just based on what they’ve done.”

While the thought of limiting your future staffing interviews to seven minutes or less may be considered a ridiculous practice, the truth is that most hiring decisions today are not based upon the results of a well-designed interviewing process, but rather on the “gut” feeling of the interviewer.

In fact, according to two recent studies by Harvard University and the University of Toledo, 98% of hiring managers surveyed admitted making their hiring decisions within the first few seconds of an interview, spending the remainder of their interview time “justifying their gut” with subjective questioning. Our very first impression or “initial expectations” of a candidate, as Ron Friedman shares in his book,The Best Place To Work, will “lead us down a path that influences the information we attend to, as well as the questions we pose.”

He adds that the “first piece of data we learn about an individual” before the interview has even begun, such as a candidate’s height or age, tone of voice, if he or she attended our alma mater or perhaps shares a similar interest in sports and hobbies, will “hold a disproportionally large influence on the way we interpret information revealed later on.”

Research shows that interviewers who obtain pictures of candidates prior to conducting a phone interview with them will perceive those they believe to be attractive or have a well-built physique as more intelligent, competent, and qualified than other candidates, despite their resume or abilities.

Whether we call it our “gut,” or as pastors and church leaders sometimes say, our “spirit of discernment,” we all have been guilty of being the kind of people Patrick Lencioni describes in his book, The Advantage, who “persist with the belief that they know a good person when they see one and that they can go about the hiring process without much structure.”

With the understanding that interviewing and hiring staff for our churches is arguably the most important responsibility we have as leaders, here are two great ways to ensure that your “gut feelings” and God-given ability to read a candidate never become a prejudicial blind spot:

According to Peter Drucker, widely recognized as the founder of 21st century organizational management, every manager or leader responsible for interviewing and hiring new staff has what he calls a “hiring batting average.” In order to calculate this average, Drucker recommended that companies assess the performance of their most recent hires as to whether or not they are performing below, at, or above the expectations set before them when they began. If several are found to be performing at or below what is expected, it may be time to call into question the ability of those conducting the interviews.

As Claudio Fernandez-Araoz states in his book, It’s Not The How or The What, But The Who, when you interview the interviewers, it “separates the wheat from the chaff” among those who are great at spotting talent. If your church continues to experience seasons of high staff turnover and low productivity, try exchanging one person’s “gut” for another!

2. Use Scorecards As Alternative Feedback

Another great way to safeguard your interviewing process is to develop “scorecards” for your team to use when interviewing. Recording the answers a candidate provides during the interview is great, but “grading” how well he or she answered them can be more useful.

Whether you prefer to conduct interviews one-on-one or with a group of interviewers, finding out how each interviewer separately scored a candidate removes any peer pressure to simply agree with someone else’s gut feelings when debriefing, which gives an opportunity for the data to speak for itself.

As believers, we will always (to some degree) rely on that deep-down gut feeling to determine what candidates possess the abilities, character, and potential for success we want on our team. But as one of the best talent spotters who ever lived, the Apostle Paul, indicates in the passage below, to make an “excellent” hire may require discernment and knowledge:

“And this, I pray that your love may abound still more and more in real knowledge and all discernment, so that you may prove the things that are excellent…” (Philippians 9:10).

Have you experienced your gut feelings interfering with or slowing down your hiring process?

If you liked this, then you’ll also like How To Make Hires That Stick.