10 Ways To Tell If You Should Leave Your Leadership Post 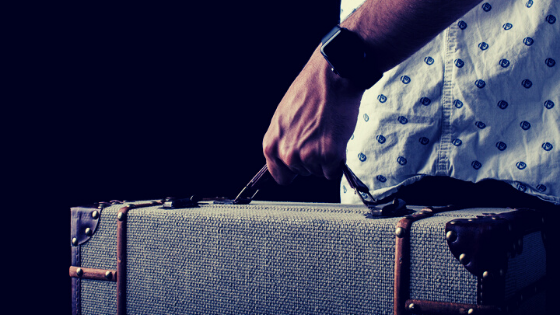 Over the years, I’ve gotten to hear some pretty vulnerable conversations from pastors. They’re honest with me about their fears, their doubts, and their uncertainties about the future. And I have to say that the frequency of those conversations is growing since the pandemic. It’s as if the disruption the virus brought has gotten pastors thinking more honestly about their effectiveness going forward. “Can I think like a digital native, or should we have a younger pastor?” “Can I preach into a camera in an empty room, or should we have a bigger teaching team?” “I was ready to coast into the last years of my ministry, but this pandemic has me wondering if we don’t need someone who is allergic to coasting!” These are real conversations I’m hearing, and I’m hearing them a lot.

Some might say that’s a bad thing; that pastors should just gut it out and not worry about the changing world around them. I actually disagree. I’m so proud to see pastors asking the hard questions about their careers in a world that has turned upside down. It’s counterintuitive to “strong” leadership, but I think it might be the bravest leadership I’ve seen in my career. The answer to these questions isn’t always to leave, but asking the question of “is it time to leave?” may be more important than ever.

Up until the pandemic, conventional wisdom would tell us just the opposite.

Consider Brett Favre. He is one of the most decorated quarterbacks in NFL history. His legacy is largely defined by gritty, gutsy play. That kind of courage and the confidence that comes with it are a big part of what made Brett Favre one of the best football players in his era.

But his legacy is now also defined by his inability to recognize when it was time to move on. When it came time to find a new future, Brett didn’t end well. He retired, then un-retired several times. He kept believing that he had one more year in him, even when his body and performance clearly told him otherwise. His series of transitions was so tragic that it even became the butt of late-night television jokes.

There’s a lesson to be learned from Favre. A person’s greatest strength, when unguarded, can become that same person’s greatest weakness. And Favre’s story, like that of so many other aging athletes who stay one too many seasons, is not just played out in sports. I see it played out in our work all the time. Far too often, highly competent pastors do the same thing in their churches that Favre did on the football field.

In ministry, a pastor’s confidence—one of the qualities God uses to build a church—can become one of the biggest obstacles to pastoral succession. The very voice of confidence that overcomes the fear of public speaking and enables a pastor for years to get up in front of the congregation and boldly proclaim God’s Word—that voice, if unchecked, can also whisper in the pastor’s ear, “You’ve got another good year or two in you.”

So how do you know when your time has come to let go? What questions can pastors and their trusted advisors ask and discuss that will help them decide whether they really have one more year?

Ways God Might Show You It’s Time to Move On

While no succession is identical to another, and all have complexities unlike any other, there are still some general principles I’ve found to be true when it comes to starting the succession conversation.

If your succession is one you can plan and have some control over, these ten indicators might help you know when it is the right time to leave. They can also help you discern if you should stay longer—but not too long.

Starting the Conversation Can Be the Hardest Step

Many (and perhaps most) pastors need the help of others to begin developing a succession plan. For some people, the hardest step is to begin the discussion. Sometimes someone other than the pastor, such as a caring elder or board member, needs to broach the topic. It may require a spouse, a close friend in or out of the church, an independent advisor such as a denominational leader, or a combination of all three.

Succession doesn’t end once you set your plan. It’s not a one-time event. Rather, it’s a constant discipline.

How do you assess your standing in terms of whether it’s time to move on? You calculate how your defeats compare to your victories as viewed by the congregation. Then you take it to God.

In the end, I’ve seen that most of the success of a pastoral transition rises and falls on the shoulders of the outgoing pastor. It may seem weak to ask if you’re still the right person for your post. I’d argue just the opposite. Pastors who can commit to regularly exploring the questions above, as well as the larger question of whether or not it is time to transition, will go a long way toward ensuring a great transition. In doing so, they will also write the sentences on the most lasting and important part of their legacy.