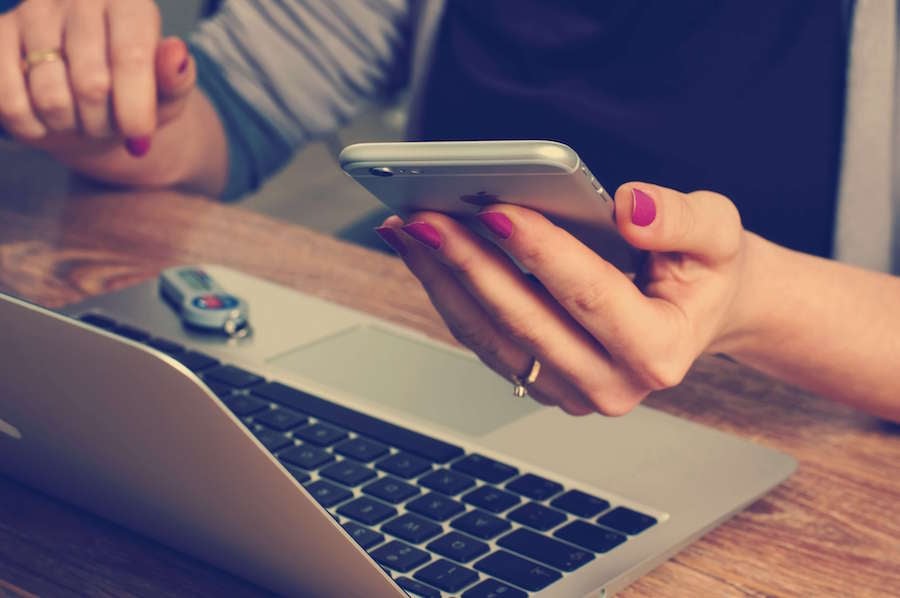 If you’re a church leader or a church staff member and you’re an active social media user, way to go! Whether it’s Twitter, Facebook, Periscope, Instagram, or Snapchat, you’re using today’s main communication tools to share your voice, connect with friends and family, and/or encourage others.

However, don’t be fooled into thinking that whatever you post on social media doesn’t reflect on your church (and ultimately on Christ). It does. Gone are the days where folks can assert that “the opinions shared here are my own,” on their Twitter bio. That may be true, but you better believe that everyone reading your opinions will connect them with your workplace, your church, and your beliefs.

Your social media presence is a direct reflection of your place of worship and ministry.

The truth is, social media is a powerful tool, but it is also a two-edged sword. This is especially so if you work in a church. Avoid any potential pitfalls by not committing these 6 social media mistakes.

Social media is fast-paced and fast-changing, so it’s easy to think what you’re posting isn’t a big deal. But once you’ve published something on the internet for all to see, you should consider it permanent. And much like tattoos, something permanent requires a huge amount of discretion before acting on it.

DO remind yourself, “What I’m posting is permanent” when using social media.

Everyone has different opinions on what might be considered “questionable” in a photo, but in general, use good discretion and remember again that what you’re posting is permanent. In Romans 14, Paul tells us to, “decide never to put a stumbling block or hindrance in the way of a brother.” Some photos are meant to be texted to friends or emailed to family, not put on social media for all to see. In general, when in doubt about a photo, just don’t post it.

DO ask yourself before posting a photo, “Am I comfortable with this reflecting back on my church?”

It’s so easy to be misunderstood or to misunderstand others when communication is over the internet – you can’t hear tones of voices, see body language, or know where something is coming from. Because of this, it’s never wise to act on a knee-jerk emotional response. Hold your tongue and pray before you respond to something. Many people have typed something in the heat of the moment and greatly regretted hitting that “send” button later.

DO memorize James’ advice: “Everyone should be quick to listen, slow to speak, and slow to become angry.”

4. DON’T get involved in heated debates.

It’s okay to have strong opinions, but you’re far more likely to do damage than good when you get involved in heated debate on social media. There are more constructive ways to share your messages and share Christ’s love than engaging in Facebook disputes. Again, remember that anything you share reflects on your church, and that while we are called to be wise as serpents, we are also called to be “gentle as doves” (Matthew 10:16).

DO tell yourself, “A soft answer turns away wrath, but a harsh word stirs up anger” (Proverbs 15: 1) before engaging in social media debates.

Church staff members should remain positive and encouraging on all of their social media accounts.

Anything you post that could be construed negatively could reflect badly on your church or on the hope you have in Christ. Instead, focus on this admonition from Philippians: “Whatever is true, whatever is noble, whatever is right, whatever is pure, whatever is lovely, whatever is admirable – if anything is excellent or praiseworthy – think about such things.”

DO use your social media presence to encourage others, share positive things, and ultimately point to Jesus.

Too many church leaders have fallen in the public eye. Worse than that, usually they are also torn to shreds by other believers. When we criticize other believers, non-believers may see us as hypocritical. Even if you strongly disagree with someone’s actions, remember that Jesus died to forgive even the worst of sins. Because we have been shown grace, we must also show grace to others. Jesus said that the world would know we were His disciples by our love for one another (John 13:35). Don’t compromise this witness.

DO focus on those you want to emulate rather than those you disagree with.

Because everything they post reflects on their church, on Christians, and on Christ, church leaders and church staff members simply must exercise extreme discretion, humility, and empathy in their social media presences. Just as Solomon asked for wisdom as the most desirable possession he could have, may we all seek the same wisdom in what we post for the world to see.

How can you use your social media accounts to glorify God and grow the Kingdom?

If you liked this, you'll also enjoy 5 Things Churches Need To Know To Stay Relevant.