6 Strategies For Telling Your Church Staff “No” 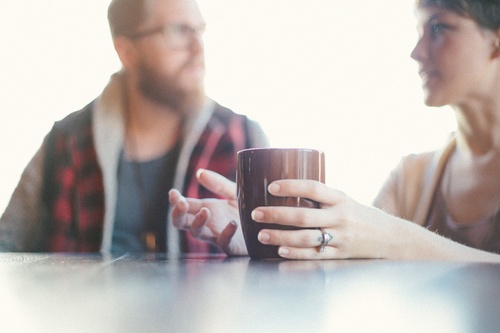 Being in a position of leadership and authority means you are going to have to tell your church staff "no" on occasion. It simply goes with the territory. However, this does not need to cause a conflict or divide between you and your team.

I’ve been on both sides of the table. I’ve been the person asking for help, more resources, or an extra vacation day, and I know how it feels to be told, “No, we can’t swing that right now.” I have also been in the management position, and I know what it is like to have to deny requests or tell a staff member their idea is not going to pan out.

I don’t know which side is more difficult, but I think we can all agree there is an effective way to go about telling someone “no” that will leave them feeling uplifted rather than ignored or slighted. Here are some strategies for church leaders who have to tell a team member "no."

Make sure you take some time to consider any idea or suggestion and affirm that you appreciate their ideas. Even if you know instantly it is not going to work out for whatever reason, at least give them the benefit of thinking about it for a little time. It’s important that you are affirming your church staff and creating an atmosphere that is conducive to ideas and people being unafraid to speak up or voice their opinions. The flip side of being affirming and encouraging is that you could come across as being condescending, so be mindful of that. Strive to be as genuine and appreciative as possible.

2. Give context but not excuses.

You should always be able to stand by your decisions and explain your thought process behind them. Your church staff will respect you and better understand your thought process and logic if you explain a little bit about why you are telling them “no” in this situation. Remember, your team members are your colleagues, and they are there because they are good at what they do. You should respect them enough professionally to give them some reasoning and context behind your decisions. However, you should not feel the need to defend or justify your decisions to your staff when pressed.

3. Know your staff member’s personality type & the best way to communicate with them.

We love personality assessments here at Vanderbloemen and encourage church staffs to use them to work more effectively with one another. Though it may take time to learn, it can be exteremly helpful to know eachother's communication preferences in sensitive situations like these. Some people respond better to an email in writing, whereas others would prefer a verbal conversation. Some people will want the cold facts and logic behind your “no,” but others will want more of a “feeling” explanation. Knowing where your staff members fall on the personality spectrum will help you communicate with them in the most effective way possible.

4. Give them a chance to sell you on their idea & come up with a game plan.

If someone is passionate about an idea, give them the opportunity to flesh it out. You might know you don’t have it in the budget, but if someone is really excited about an idea, sometimes they can get creative and run a project with extra volunteers or donations. Or, they may also come to the conclusion themselves that their idea won’t pan out once they start running the numbers and doing more of the detail work behind it.

The easiest way to soften a “no” is to offer an alternative solution.

This is a great way to turn a negative into a positive. If you don’t have it in the budget to give someone a raise they are asking for, maybe propose some extra vacation days or PTO instead of just telling them "no" flat out. Things like that can go a long way, and people can walk away feeling like they got something out of the deal even if it wasn’t what they were proposing.

It’s never easy telling your church staff “no,” but hopefully with these strategies you can do it in a way that shows some grace and a level of care.

How do you approach telling a staff member “no” in a graceful and effective way?