The Cover Letter - 10 Ways To Help Your First Impression 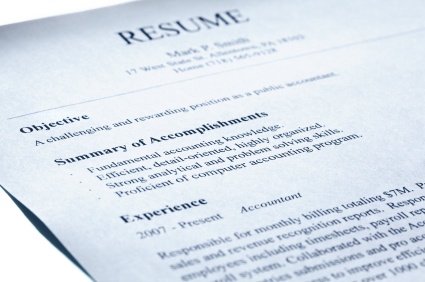 With the job market as volatile as it has been lately, more and more candidates are trying to stand out from the ocean of resumes potential employers receive. The rules of the game have changed, and even ministry positions are affected by the downward spiraling economy.

A cover letter is a job-seeking staple when introducing your resume for consideration. It's the first impression you'll make on the person who may hold the future of your career in his or her hands. Fins.com recently discussed ten cover letter mistakes that could land your resume on the bottom of the stack. Here's our take on their list.

1. Brevity May Not Be King

While a two-page essay probably isn't the best idea, not giving your cover letter any attention is a damaging mistake. Your cover letter should be like a movie trailer and give the employer a reason to invest in the main feature: your resume.

It would seem like common sense, but interestingly enough candidates often approach employers with a rescuer mentality. They see the potential in the position and instead of focusing on the positive elements of how their skills may benefit the company, they criticize what's already in place and explain what they can do to fix it.

Stories are always a great place to connect and relate, but most employers prefer to hear them in the interview. By sharing the tale of when you were a child and pretended to be a teacher with all the neighborhood kids in your cover letter, your diminishing the effects of your professional persona.

Passivity or unclear verbiage is common in cover letters, some hiring managers say. You may not be a professional writer or know the difference of "their," "they're," and "there." If that's the case, it may be wise to have a more language-saavy friend look over your cover letter and resume to correct any grammatical errors or passive voice.

Everyone has probably searched for "Cover Letter Template" online at some point in their job search, which in and of itself is nothing to be ashamed of. Sometimes you need a little direction to get started, especially if job-hunting is new to you. However, when a prospective employer reads the same sentence in several cover letters, it's easy to see people aren't putting in the hard work. Be creative. Research the company online instead of generic cover letters. A little insight into their values or accomplishments will go a long way in a cover letter.

One manager in the Nashville area who was hiring for a sales associate received a resume where the candidate bragged about his leadership experience because he led a video game team online. Not only is that not relevant to the position, the simple fact the person thought it would be a helpful skill shows he may lack the necessary, relevant skills the position demanded.  If your job history has been in a different world than the position for which you're applying, find relevant aspects of your history that do tie in to the new job.

7. Ditch the Fluff and Arrogance

Inflated language - vaguely describing your skills in grandiose terminology - is a turn off to employers. While some may believe creative word-smithing such as "design ninja" generic descriptions such as "expert" really mean nothing to hiring managers. Be specific in your qualifications and back them up with proven examples.

Are you correctly spelling the name of the person or company receiving your cover letter? Few things about a cover letter say, "throw me away" than missing crucial details. If you aren't cautious about the specifics before you're hired, how well can you be trusted to handle them as a part of the company? Easy answer: you can't. And employers know this.

9. Job Hunting is not Dating

While personal interests are important to how you may fit in the culture of a company, if it's not directly relevant to the position to which you're applying, it's best to let your teammates find out after you've been hired. Sure, you may love running marathons and cooking, but what does that have to do with your job search?

10. Charm Them. Don't Overwhelm them.

While a good sense of humor is desirable in most circumstances, it's easy to allow nervous laughter and jokes into the interview process in order to diffuse the situation. Being personable is always a good idea, but overcompensating your anxiety by trying to be funny is an all too common mistake.

Be sure to check out the full version of the article at fins.com