What Can The Miami Dolphins Teach Us About Church Leadership? 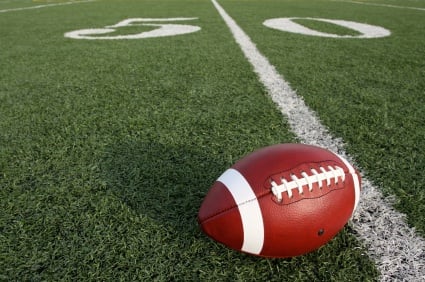 Everyone has been reading or watching the situation with the Miami Dolphins and the chaos on their professional football team.

Offensive tackle Jonathan Martin left the team after being harassed by teammates, and apparently one teammate in particular. This “teammate” sent intimidating texts and voicemails that have been saved, which contained vulgarities, racial slurs, comments about parents, and one that ended with the words, “I will kill you.” This same teammate has been seen in videos stomping around a bar shirtless while yelling obscenities and racial slurs. The Dolphins have suspended this player indefinitely (too little, too late).

The bigger issue that is being addressed by writers around the country is the “culture” in the locker room and on the team.

Some have written that this may cost Dolphin Head Coach Joe Philbin his job. Things are way out of control, and the buck stops with the Head Coach of the team. He sets the tone for the culture of the team.

Former NFL quarterback Rich Gannon stated that when he played for the Kansas City Chiefs under Head Coach Marty Schottenheimer, hazing of younger players by veterans just did not happen. It was not tolerated or part of the culture. When Gannon later played for the Oakland Raiders, he said the kind of hazing that was going on made him “want to throw up.” That may be part of the reason the Raiders have been a very poor football team in the NFL in recent history. Hall of Fame coach of the San Francisco 49ers, Bill Walsh, was another coach who did not allow hazing on his teams. The team leader has immense influence on the inside culture of a team.

So, what do these football stories have to do with church leadership?

Leaders get what they allow.

Where are the church leaders in these “rock star worship leader” situations? Why are they allowing this in their staff culture?  Why would you allow a church staff member to be the cause of a 33% drop in your church attendance? The buck stops with the point leader.

Every church should have two sets of values.

Core values drive the vision of the church. They answer the question, “Why does this church exist?”

Staff values, how we interact as a team, are also vital to a church. As best-selling author Patrick Lencioni puts it, staff values are “permission-to-play values.” They are minimal behavioral standards that are required in an organization.

Lencioni also points out the difference between conflict and accountability, which are confused by many leaders.

Conflict is about issues and ideas. Accountability, which is much tougher, is about performance and behavior. It is much more personal, thus much more difficult to hold people accountable. If a worship leader is going a direction that is not compatible with the direction of the church, there needs to be conflict over issues and ideas. If a worship leader (or any other team member) is exhibiting a bad attitude, poor work ethic, or not relating to people on the team, there needs to be accountability about performance and behavior.

Lead pastors, senior pastors, executive pastors – you are the ones who will set the tone of your church staff culture.  If you do not have a list of “permission-to-play values,” now is the time. Don’t be like the Miami Dolphins who waited until things were way out of control to address the internal culture.

If you liked this, then you'll also like 4 Secrets To A Long-Term Ministry Relationship.