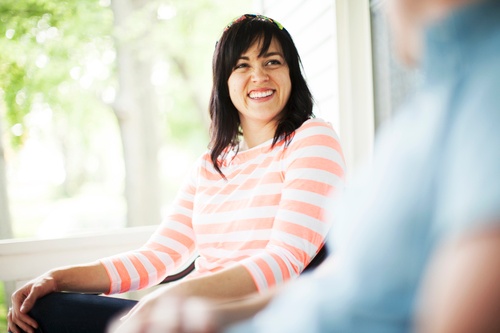 Several months ago, I was having lunch with a former college classmate, who, after working for a very large church in the Southeast, was now an HR consultant for a fairly new media startup company. I will never forget the advice he gave me on a prospective candidate and his or her qualifications:

"Although you may be interviewing one person, in reality, you're usually hiring two."

He went on to share a story of a church he used to work for that was searching for a new Youth Pastor. After hundreds of resumes and phone calls with candidates, the church leadership team had finally decided on the one person they would now interview in-person.

And the end of a long week of interviews and meetings, the leadership team had reached a unanimous conclusion that this was the right person for the job. While in route to drop him off at the airport, they informed the candidate of their team’s decision to hire him and proceeded to provide him with a verbal offer. Out of pure excitement, he called his wife right there in the car to share the good news - and did so while using his speaker phone.

The candidate’s wife began to share why the offer was not good enough, in that the salary was too low and the responsibilities were too high. To make matters worse, she went on to share why she was not at all interested in the church or relocated to a new city. Needless to say, that candidate did not get that job, although everyone thought he was the best.

The jury is still out on whether it will ever become a common practice for churches, businesses, and civic organizations to make it a priority to interview a candidate’s spouse before making a final hire. There are always legal concerns some HR analysts highlight when it comes to spouse interviews, analysts like Dan Schwartz, author of the Connecticut Employment Law Blog, one of most read HR blogs in the nation.

Schwartz believes that when an employer interviews a spouse, they can risk that any "offending information" will be used in the final decision, which can open up the possibility of a discrimination claim. Despite these concerns, when it comes to finding the right hire for your church, a spouse could be a tremendous wealth of information, particularly concerning his or her work-life balance and whether their union is a valued asset or a potential liability.

To help you best avoid any potential landmines, here are three great questions you can use when interacting with a candidate’s spouse, either over the phone, via video, or in-person:

1. What ministry role do you see your spouse fulfilling after 4-5 years?

This first question provides insight into a prospective candidate’s ability to commit to the role he or she is applying to, from their spouse’s perspective. No matter how intense and thorough your interview may be with a candidate, there is nothing quite like having insight into some of those long and prayerful conversations a couple has had with God concerning their place in ministry. Any fears or concerns about whether or not a candidate is viewing a job today as a stepping stone for tomorrow can be addressed with this question.

2. Who are the 2-3 people that serve as the greatest influencers for your marriage?

This second question provides your church with a greater understanding about how a candidate and his or her spouse value their own relationship with each other, and more importantly, who they have given the rights to speak into it. Ministry couples can be some of the most guarded people on the face of the earth, so whenever you can find one that has a genuine willingness to be vulnerable and submissive to people outside of their own parents, that is an awesome find.

3. What is the hardest and most honest leadership critique you’ve ever given to your spouse?

I absolutely love this last question because it gives a candidate’s spouse the opportunity to either expose a weakness their husband or wife did not include on their beautifully crafted resume, or it unveils a strength that they themselves have in being a supportive, discerning and grace-filled partner in ministry. Working full-time in ministry is full of highs and lows, and it is important to make sure that a prospective candidate and his or her spouse are able to have honest conversations outside of the office on how they can improve not only the lives of those they lead, but how they in fact go about doing so.

All in all, regardless of your church defines itself as egalitarian or complementarian, a bad hire due to bad interviewing can be the purest example of bad theology, so be sure your team takes a few extra steps to know all you can about your candidates, and their families.

How can your church better involve the spouse of a potential candidate?