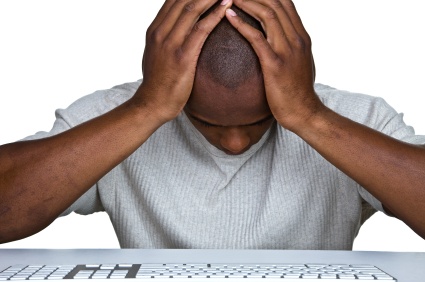 Here's a truth about preaching and doing ministry:

Monday is likely the hardest day of the week.

Our previous two articles on "Beating the Monday Blues" have garnered a lot more traffic than we ever expected. So as an encore, here's one last article, with a couple of pieces of advice about beating the Monday blues.

1. Don’t believe anything or decide anything until Tuesday.

I’m not sure there are many professions that require the level of nakedness that preaching does. To step up and deliver a public speech about eternity is a big deal.

It’s been noted by a myriad of studies that public speaking is the number one phobia among people; - it’s feared even more than death. As Jerry Seinfeld once said, “Turns out most people would rather be the subject of a funeral than the speaker at one.”

Answering the call to speak is a big deal, but too often, we are met with critics.

Folks walk out of services telling you how much they liked “last week’s message.” All preachers have met the fact checker in their house who makes sure to email a correction right away. If you’re really lucky, you might have a really great grammarian in your midst who helps you see all the participles you left dangling or infinitives you split.

Then there’s the very real dynamic God’s Word brings when preaches: It ticks someone off! That’s when the real critics show up.

Sure there are valid criticisms out there, and preachers can always learn. But they might do well to put off learning for a day while emotions get back to a normal state.

The same is true for decisions.  Making major decisions on the day when you’re down can have some real consequences. Most things can wait until Tuesday. When I was in ministry and younger (read, when I knew everything), I thought it was a great idea to start Monday out with marathon meetings filled with big agendas and meetings. I even scheduled our board and committee meetings for Monday nights. Ask me how that worked out….

Turns out, not every day was designed for intense decisions.

2. Schedule light work that has tangible results on Monday.

If you follow the suggestion above, you might be tempted to do nothing on Mondays. That works for some guys, but I have found that most preachers find great fulfillment in doing some work on Mondays.

Just like working out will help you out of the low points, so will working.

My mother has worked with Hospice for over 25 years now and she says that over all that time, one piece of advice remains constant: Hospice tells grieving family members to go volunteer somewhere as a coping skill. We all know the saying, “it’s better to give than receive,” but it’s only recently that I’ve realized the power of that saying in motivating staff through service.

Behavioral Psychology has been a proponent of this time and time by showing us that if we simply become more active in our lives, then we will feel better and think more positively. Basically, you can become more motivated by taking action and engaging in new, positive experiences.

Spend your Mondays with a punchlist of attainable goals. Things that can be done and checked off a box. If Monday is your day off, maybe it’s projects around the house. Maybe it’s a service project. If you’re working at the church (which I do recommend), maybe it’s cleaning the desk, writing notes of encouragement to staff, or knocking out some of those menial tasks you never seem to “have time for.” Finishing a to do list will do wonders for your soul!

I’m sure there are other tips out there for getting out of a low spot. And maybe some of you don’t suffer from post-Sunday Blues. But if you do, know that you’re not alone, and that they will pass.

Preaching is a holy calling. A task like no other, and one to be treasured. Part of treasuring and nurturing that calling is to take care of yourself with some regular patterns of dealing with the low spots.

I know when I was preaching, as much as I loved it, I remember thinking, “Sunday seems to come around every seven days!”

The Good News is, so does Tuesday!