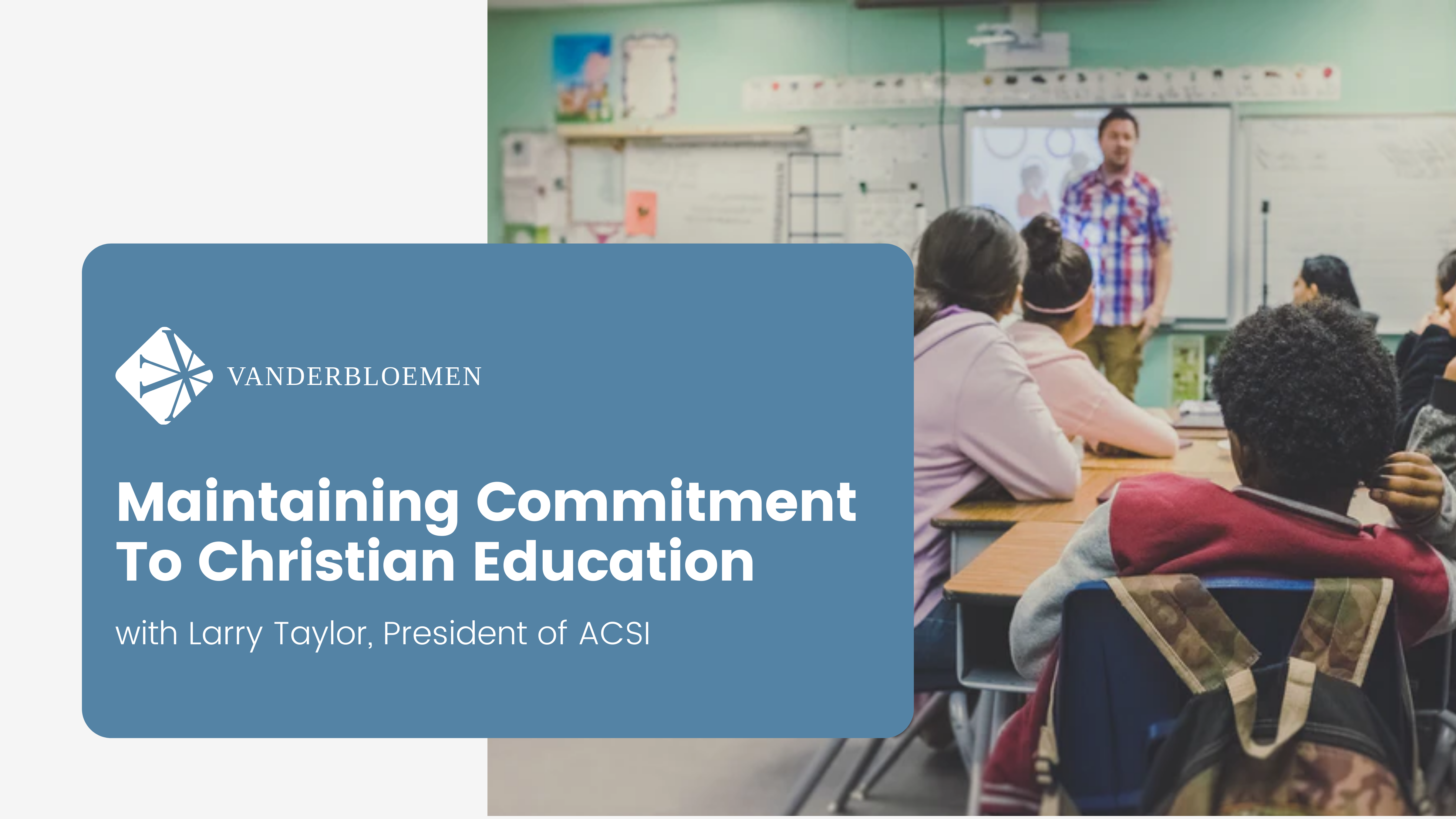 A few months ago, Executive Search Consultant Brian Jensen got to have a conversation with Dr. Larry Taylor to learn his advice on Christian education. If you would like to listen to that full conversation, you can check it out here. But in the meantime, here are our major takeaways from Larry’s advice and encouragement for those in Christian education.

Larry was the Head of School at Prestonwood Christian Academy in Dallas for 20 years. PCA is a widespread academy system with a satellite campus, an online Academy, an inner-city school called the King’s Academy, and a special needs school, St. Timothy Christian Academy. Prior to his time with PCA, he was the athletic director, principal, and then assistant head of school at The First Academy in Orlando. Larry transitioned to being the President of the Association of Christian Schools International a few years ago.

What has changed in Christian education?

In the past 10-20 years in the US, Christian schools have matured drastically, due to the visions of pastors, trustees, school leaders, and parents. There is a strong commitment to Kingdom education and excellence, by God’s definition of excellence rather than the world’s. Paralleling that maturation is an America that is becoming gradually more and more secular, which brings with it its own set of challenges. So while Christian schools are becoming more intentional and strategic, the culture around them is becoming more secular. As those dichotomies collide, what we see, and what findings by Barna Research confirm, is that the culture has changed. Parents who are sending their kids to Christian schools are either incredibly strong in their faith or have no faith at all, which changes the dynamics of the schools. The culture around Christian education has changed, and Christian schools have to recognize that not everyone who is coming into the school is as Biblically literate or has as much of a Biblical worldview as parents and students in the past might have been.

Strategic pivoting with the Association of Christian Schools International

ACSI is the largest Christian school association in the world. There are tens of thousands of Christian schools worldwide, and ACSI directly ministers to many of them, affecting 6 million students around the world. In his time with ACSI, Larry has learned that kingdom education, no matter what context, country, political climate, or resources, exists and thrives everywhere. Everyone wants their child to be educated regardless of the country, and regardless of their faith background. There is an exploding interest from people around the world in Christian education. ACSI has an opportunity through this global network and through their resources to speak into incredibly unique areas where schooling is delivered differently, but with common values.

Currently, ACSI is in an extensive strategic planning process with three pillars: advancing, access, and advocacy. Let’s break down the goals of these three pillars:

Ultimately, the organization is trying to ask the question that answers this: Christian education and the world have changed a bit. What do we have to do to reshape to better serve our schools?

The current landscape of Christian educators

We are at a pivotal point in Christian education because philosophically, Christian schools are being embraced, but they need efficient business models. Education is not cheap. There are more and more individuals, and more and more denominations and churches seeking to collaborate and pool their resources in order to equip the next generation rather than simply educating them. Church and parachurch ministries desire to come together so that an accessible Christian education can become more of a reality.

Christian schools need to be taking strategic pivots, not to just be ahead of the curve, but to be continually improving, continually building access, and finding ways to further Christ’s kingdom through education.

Without a doubt, God is bigger than anything that’s happening in culture. It is the power of God that is developing Christian thinkers to enter every sector of a pluralistic society confident in their identity in Christ. Going forward, the world will likely become more secular and more pluralistic. The Christians who don’t understand the times, or are fearful of them, are going to be in serious trouble because they won’t be able to address the world around them.

This month, we here at Vanderbloemen are going to be putting more of a spotlight on Christian education. We are confident that our upcoming blogs and resources will be an encouragement to those in Christian schooling. So stay tuned for future content, and in the meantime, you can check out our other education resources here.