Do You Have Seat Fillers On Your Church Staff? 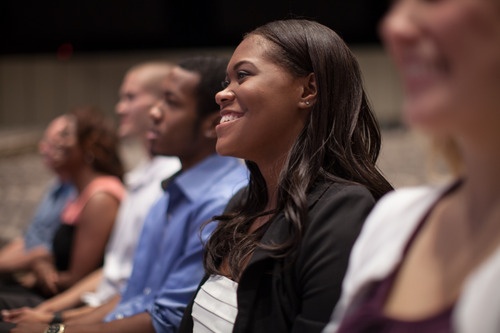 I was recently able to catch an hour or so of the 87th Academy Awards live on television, perhaps one of the most globally televised ceremonies that exist today. It’s the one night of the year where millions of people around the world discover what movies were truly worth seeing, what actor’s performances were worth celebrating, and of course, what red carpet fiascos were probably worth avoiding.

This year, Neal Patrick Harris, the Tony Award-winning actor who became a household name as the child star of the popular 90’s TV sitcom, Doogie Howser M.D., served as the ceremony’s celebrity host. And while Harris certainly followed the pattern of hosts who had gone before him, spending most of the night praising and making fun of Hollywood’s elite, he also drew attention to a special group of people that most know very little about.

Several times throughout the night, Harris drew attention to ‘seat fillers’ that were in the audience, going so far as to interview a few of them live. Now, if you’re unaware of what a seat filler is, don’t be embarrassed; I just learned who they were myself.

Every year, the Academy Awards will select and employ seat fillers to ensure that every seat in the audience, especially when a camera pans across the room, is filled at all times. Whether it is a celebrity who leaves temporarily to present an award, or is in need of heading to the bathroom to fix a broken strap, the production crew will send out a seat filler to swiftly take up the vacant seat. Although these people typically remain anonymous to celebrities sitting nearby, Harris chose to shine a light on them, at least for this one night.

At Vanderbloemen Search Group, we help the local church search, recruit, and hire great leaders to fill in those important, yet vacant seats of ministry they may have. As a Search Consultant on our team, I began to wonder how many churches today are stuck leading with a staff of seat fillers, rather than those who have the passion and skill sets necessary to actually produce long lasting results.

In between the commercial breaks of this 4½ hour-long show, I discovered that there are three unique characteristics that all seat fillers share. Perhaps after reading these below, you may find it beneficial to reevaluate some of the ways your church sources and selects new staff to hire, especially when doing so under a time crunch.

Simply put, positions held by seat fillers are rarely posted for public knowledge, nor is there a set criteria that candidates need to meet. With that amount of nepotism and secrecy mixed into your church’s hiring process, it won’t be long before every staff member’s spouse, brother, and distant third cousin (on their mother’s side) is sending you their resume.

Seat-Fillers Are Moved Around Frequently

When interviewed by ABC News, Monica Enriquez, professional seat filler for over 15 years, described her role as ‘fancy game of musical chairs.’ On any given award show night, Enriquez said that she can expect to be moved to a different seat an average of 8-10 times!

While a few minutes sitting next to George Clooney may have a show seat filler smiling from ear to ear, when it comes to filling up the vacant seats on your church staff, you will burn people out in no time if you continue to move them around different departments solely based on your biggest need, and not their biggest (and best) fit.

Finally, I was surprised to discover that seat fillers, despite showing up hours before the award show is scheduled to begin, and standing in long lines in clothes that often don’t fit, are never paid by the Academy. According to Kristen Felicetti, filmmaker and contributing writer for AOL.com, seat filling is considered a ‘volunteer gig.’ The brave few selected for this role are even restricted from talking with celebrities, and typically have their phones removed, in the event anyone feels the urge to take a selfie.

Are there any ‘seat fillers’ currently on your staff that are probably paying the church more to work there than the church is actually paying them? If so, you may discover one day that the number of hours they continue to work during the week for little pay, not to mention serve on the weekends for no pay at all, will push them closer and closer out the door to look for other employment opportunities.

As leaders, we must always remember this one simple truth when hiring new staff: Ministry is a privilege, never a consolation prize.

Do everything you can to hire leaders, not just seat fillers.