How Old Should Your Next Pastor Be? 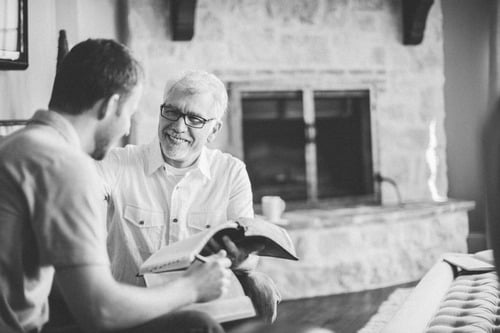 When a church is looking for a new pastor, one of the inevitable discussions among leaders and members of that church is this:

“What age are we looking for in our next pastor?” [tweet this]

People are usually quite ready to express their opinions in answer to that question. Age is such a relative topic—if a man is thirty-seven and still playing in the NFL, he is considered ancient! If someone is forty-four and running for President, they are viewed as very young.

In the church, there tends to be a certain suspicion of youth, and this goes all the way back to the first century. The Apostle Paul tells Timothy, “Don’t let anyone think less of you because you are young” (1 Timothy 4:12). Timothy was a new pastor at the church in Ephesus. No one voted him in, and as far as we know, no one asked him to come. He was assigned to the role, and he had some serious issues to deal with in that church.

So, how young was Timothy? The Greek word for “young” that Paul used can refer to anyone of military age, which in that day was up to the age of forty. Most scholars believe that Timothy was around thirty-five years of age when Paul wrote this admonition, not a fresh-faced teenager. But Paul anticipated there would still be questions about his “youthfulness,” so he moves the question away from the age factor and focuses on something much bigger.

“Don’t let anyone think less of you because you are young. Be an example to all believers in what you say, in the way you live, in your love, your faith, and your purity” (1 Timothy 4:12). [tweet this]

A pastor’s age is not nearly important as a pastor’s character. No amount of charisma or competency will make up for a lack of character. Here are the five areas Paul lists in his advice to “young” Pastor Tim:

The job of being a pastor requires using our mouths a lot, but that is also a major occupational hazard of being a pastor! A pastor doesn’t have to be crude in speech to come across as real or authentic. Our character is reflected in what comes out of our mouths. “Let your conversation be gracious and attractive, so that you will have the right response for everyone” (Colossians 4:6).

This means the way you live at the soccer game, in line at the grocery store, driving on the freeway, at home, and on the golf course. I remember standing in a slow-moving line somewhere, and patience is not my strongest virtue! As I was leaving, someone said, “I saw you getting antsy up there, Pastor Jeff.”  Not only are the eyes of the Lord on you, but also the eyes of the church!

The word here is the Greek word “agape.” Some people in a church will be hard to love, but this is not a love of the heart and feeling, but a love of the mind and will. Sometimes a pastor will say, “I love to preach!”  But do you love the people to whom you preach?

Are you trusting God for the future? Marcus Buckingham wrote that the opposite of a leader is not a follower, it is a pessimist. Casting vision consists primarily of painting a picture of a preferred future. Napoleon said, “A leader is a dealer in hope.”

The Greek word used here is the word for “holiness.” In his next letter to Timothy, Paul writes, “For God saved us and called us to live a holy life” (2 Timothy 1:9). We are to live a life set apart and dedicated to God’s call, having the courage to be distinct in the way we live life.

So, taking a cue from the Apostle Paul, maybe there is a much more important discussion than the age of your next pastor! What are you looking for in the character of your next pastor? One of Jesus’ problems with the Pharisees was that he knew they cared more about reputation than character, the praises of men more than the approval of God. Reputation, no matter how high, can never be a substitute for character.

How can you apply Paul’s words to your pastor search?

If you liked this, then you’ll also like 3 Problems With Choosing Youth Over Wisdom In Church Staffing.