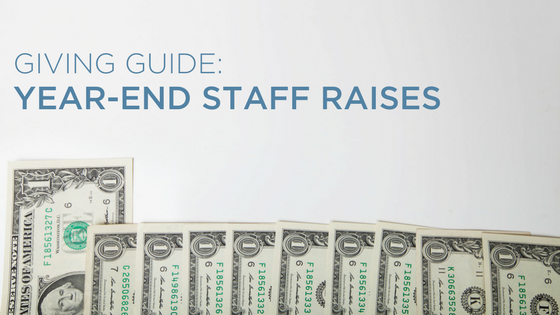 FIRST QUESTION: SHOULD YOU GIVE RAISES TO YOUR STAFF THIS YEAR?

Before you are ready to decide on amounts of raises, there are some important pieces of information you need to consider that will make specific decisions about raises much easier on you as the decision-maker, and much more fair to the entire staff.

Here are seven questions to answer before deciding to give a raise:

1. What percentage of your budget is currently given to salaries and benefits?

The best way to begin this evaluation process is by facing your fiscal reality. Ask your finance team to figure out what percentage of your budget each year has been spent over a five to ten-year span on salaries and benefits. Is that percentage increasing or decreasing? Break it down between salaries and benefits. If you aren’t aware of where you have been and where you are, you won’t make good decisions about raises.

2. What is your goal of budget spent on salaries and benefits?

You need to determine your goal percentage of church budget given to personnel (salaries and benefits). There is no “rule” on this, but 50% seems to be the most common target number for churches.

Even though there is no rule on this, your leaders need to know where you are and what your goal is. Annually, you want to move closer to that goal. If you decide you want to be at 50%, but are currently at 57%, don’t panic, and don’t try to fix it in one budget year. It may take you three or four years to get to your goal, but that will be accomplished only if you are keeping an eye on those numbers.

Before you decide whether or not to give raises, you should be fully aware of what your recent track record is. Has it been several years since you’ve given raises? If it has been a while, or raises have only covered cost-of-living increases, your staff might be discouraged. The longer raises are minimal or non-existent, the more likely you will lose high quality staff members.

This doesn’t mean that your staff's motive is money, but money is one of many factors in job satisfaction. You can try to over-spiritualize it, but salary is an important factor in job satisfaction for pastors and church employees.

4. Is your church giving going up or down?

What is your short-term practice in church giving and raises? Has your church budget decreased annually for five years, but everyone keeps getting raises? That is a long-term recipe for disaster. Have you frozen salaries for a few years, but your giving and budget continues to be on the rise? That likely isn’t fair to your staff and could be discouraging.

We do not recommend raising salaries only if the budget increases and lowering salaries if your budget declines. On paper, this is too arbitrary, but it should be one of the measurements of which you are aware.

5. What dollar amount will go toward raises next year?

Once you determine if there will be raises, the next reasonable step is to decide what total dollar amount will be given toward the cause. At the church I pastored for over fifteen years, our Senior Leadership and Stewardship Teams decided on a number they believed was best based on the measurements listed above, our church growth, and specific needs we had.

Our finance manager created a Google spreadsheet I could play with. If I gave a specific staff member a 3.5% raise, I considered how many dollars that would be exactly. If I knew I had $52,000 to spend on raises for the next year, having a spreadsheet that did the math for me was very helpful. I could change the dollar amount for a person’s overall salary, or plug in a specific amount for a raise or percentage I wanted to give as a raise, and all the numbers would change. A tool like this made the task of determining raises so much easier. 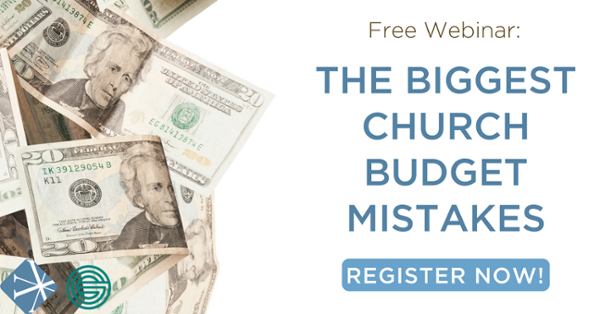 6. Have you performed 360° performance reviews recently?

Ideally, before you determine raises, conduct a 360° review process for all employees. Here is the challenge: when going through the 360° evaluation process, be careful not to tie it to raises. Don’t talk about raises when you assign the 360° reviews, and don’t mention the reviews when meeting with employees to talk about raises. If they figure out that their evaluation of others impacts raises, and how others evaluate them impacts their raise, it will likely compromise their honest assessment of those they are evaluating.

Complete your 360° performance reviews before determining raises, but never mention (before or after) how they impact your decisions (even though these reviews will and should do so). Unless your staff is small, you don’t really know how every employee is performing.

Those performance reviews will help you make the best decisions. But be sure to give extra weight to the opinion of their immediate supervisor. Likely, they truly do know best.

7. How do your salaries compare nationwide?

Before you can determine fair raises, you need to know how your salaries compare to nationwide (and even regional) averages. Our team provides the most comprehensive compensation and benefits analysis available for churches. We use numerous data sets as well as exclusive research from our partnership with Leadership Network to help you know if you're paying your staff properly.

When I pastored, each year, our team made it a priority to know how our salaries compared to nationwide averages. We didn’t want to be in the highest or lowest 25%.

Next Steps: How Much of a Raise Should I Give to a Staff Member?

Once you have these seven pieces of information, you and your team will be ready to determine who should get a raise and how much that raise should be.

But if you decide that you are going to give raises to some or all staff members, how do you decide how much to give? One of the most unfair practices of churches is giving all staff members the very same raise percentage. This may seem counter-intuitive, as some feel the fairest practice is to give the exact percentage for every employee. However, I would argue that is the least fair way to handle raises, and it is highly discouraging to your best staff members.

For underperforming staff members, we typically would not even give a cost of living increase. Giving a raise in this situation communicates the wrong message. Not getting a raise at all will help you communicate clearly how seriously they should take their job performance.

Beyond the cost of living increase, the primary factor in determining raises should be: the better an employee performs in their job, the larger the raise they deserve.

Hopefully this factor can be tied to objective realities, but certainly there is subjective discernment to this. A small groups pastor who has seen a 30% increase in group attendance through their initiatives to increase participation is likely performing well. However, a youth pastor who has a large outgoing senior class and a small incoming 6th or 7th grade class may be performing well but their numbers have decreased.

Many jobs can’t be closely tied to numbers, and numbers should never be the sole factor in determining performance. But likely, you already know your top performing staff members without looking at any statistics. These staff members probably deserve the highest raises. Although “working with volunteers” gets it own category (number 5, below), their work with volunteers is part of success and performance.

Ask yourself, “If this person resigned, how much would it cost us to get the same amount and quality of work from another person?” What age, experience, expertise, and education would we expect to replace this person in this position?

Hopefully, you are paying them somewhat near that cost of replacement. If they are excellent at their job, finding someone of high caliber will likely cost you more. You might have an employee doing the work of 1.5 people, and if that person left, you truly would have to hire a replacement plus a half-time person to get the same amount of work done. You need to consider how much it would cost you to replace them if they left. To do this, you will need to know what is standard for each position at your church. 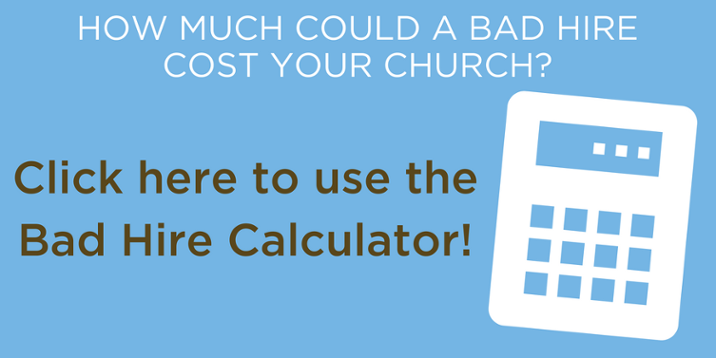 How much ministry rests on the shoulders of each employee? A junior high associate youth pastor should likely not be paid the same as an executive pastor. The responsibility is significantly greater for the XP. Again, this where it is beneficial to be aware of average salaries for each position in your church.

Ask yourself: over the previous year, have this person's responsibilities increased? Are they overseeing other employees? How many volunteers are under their oversight and care?

You are in church work; therefore, you should consider each employee’s abilities to recruit, train, motivate, and retain volunteers. Pastors and staff are to equip people to do the work of the ministry (Ephesians 4:12) so the body of Christ may be built up.

For example, some administrative assistants oversee no one and only work closely with only their immediate supervisor. Other assistants work heavily with volunteers in a way that shows their large scope of responsibility with volunteers. This should be taken into consideration.

When I was a lead pastor, this consideration included even our facilities team. We wanted them to get volunteers involved in maintenance and cleaning of the church. This isn’t just a stewardship issue of saving money by using volunteers; it is a stewardship of our responsibilities as pastors/staff to live Ephesians 4. A great performer who is not leading and raising up other leaders isn’t as valuable as the one who is consistently working themselves out of jobs and tasks.

6. Years in ministry / tenure At the church

These last two factors are much lower priorities in considering raises, but they are still minor factors to consider. Someone with longevity should be given consideration for a raise especially if you have high expectations for staff members. If they have “survived” for ten or fifteen years, they are likely performing well over the long term and that may be a factor in considering a raise on occasion.

Again, I would mention this is much lower than the first five categories of consideration. In my opinion, a young employee who has been at the church for three years but is performing at a high level with large responsibilities deserves a higher raise than someone who has been at the church for ten years who isn’t performing nearly as well or with as large of a scope of responsibility. Take tenure into consideration, but don’t let it control your decision.

What is this person's unique family need at this point? Is he or she getting closer to sending children to college? Are they just starting to have children? Has he or she been single living in an apartment on the church property, but are now getting married and moving into a home of their own?

I remember a senior pastor who demanded his salary be lowered because his children were out of college and married and his financial needs were significantly lower than most of his staff. I admire that, even if I’m not sure I’d agree with the practice as a habit. Recognizing unique situations is definitely the lowest consideration on my list; however, it still is an important factor in considering raises.

Hopefully, these priorities will help you have more peace in the difficult decisions of raises.

How have you handled giving raises to your staff team?