How To Prioritize Hires On Your Church Staff 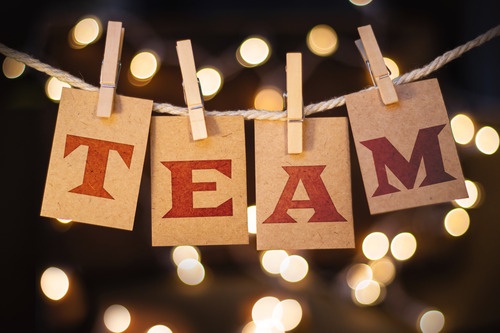 Sometimes in church staffing, when it rains, it pours. Our team here at Vanderbloemen is often brought into a church’s hiring process when they feel like they’re drowning in open positions on their church staff. In this situation, with more than one or two open roles on a church team, the best starting point is to stop and assess, “Which is the key hire in this situation?”

We’ve noticed that deciding who to hire first is often a place of contention for church leadership teams. I’d like to propose that there actually is a right choice in these decisions.

As a general rule of thumb, it’s safe to say that hiring the most senior level position before hiring the other positions is the better route. In other words, don’t hire staff members before hiring the position they would be reporting to. I'd like to take this statement a step further and suggest that churches should also take time between hiring senior leadership and subordinate staff.

Here are five reasons to hire the senior level role before hiring a reporting relationship.

This might be a no brainer, but I guarantee you’ll have a difficult time hiring a non-senior level position when they don’t know who they’ll be reporting to.  As a general rule, candidates are less likely to go into a position when the reporting position is vacant. They want to know who they’ll be working with closely and who will be supervising and guiding them. I often talk with candidates who are looking for a transition because the church hired a new senior leader, and they are now a chemistry mis-match.

Chemistry between team leaders and their team members is very important. Hiring a reporting team member before hiring their leader has a 50/50 chance of working out. Perhaps your new Children’s Pastor has a completely different philosophy of ministry than your new Executive Pastor or vice-versa. Because of these natural differences, it’s necessary to hire the final decision-maker first, then the reporting team member.

3. Every leader prefers to pick their team.

When a new head coach comes to a team, he gets to pick his own coaches. Why? Because they need to be able to communicate the same heart and vision so that the team runs well. This is the same for a church staff. When a leader can pick their team members, it’s easier to ensure culture fit and vision alignment.

It’s good stewardship of your resources to allocate your finances into the most critical search first. For example, a church may have $100,000 budgeted for a Senior Pastor salary and $50,000 for a Graphic Designer. They launch both searches at the same time and end up hiring the Graphic Designer first for $55,000. A few months down the road, they find their ideal Senior Pastor candidate, but he needs to make $120,000 to move. Now, they’ve hired themselves into a corner. I’m not saying Graphic Designers aren’t needed for the Kingdom – they certainly are. However, the Senior Pastor role is more influential for the future of the church and, thus, more valuable to the team. It would have been better to use more of the hiring budget for the Senior Pastor first and then contracted out or waited on the Graphic Designer.

After hiring a senior leader, priorities for your church may change. To continue with the last point’s example, a church may realize they didn’t need that full time, in-house Graphic Designer. Perhaps their new Senior Pastor rightly points out that the church needs to change their vision and budget for their Children’s Ministry. The church could easily contract their design work out and use the extra funds to redo the Kids Ministry spaces, etc. Hire your senior level leaders first, then allow them to use their vision and build their team.

What are other reasons to hire the senior leader before their reporting relationships?

If you liked this, then you’ll also like How To Make Hires That Stick.