How Pastors Can Keep Their Easter Sermons Fresh 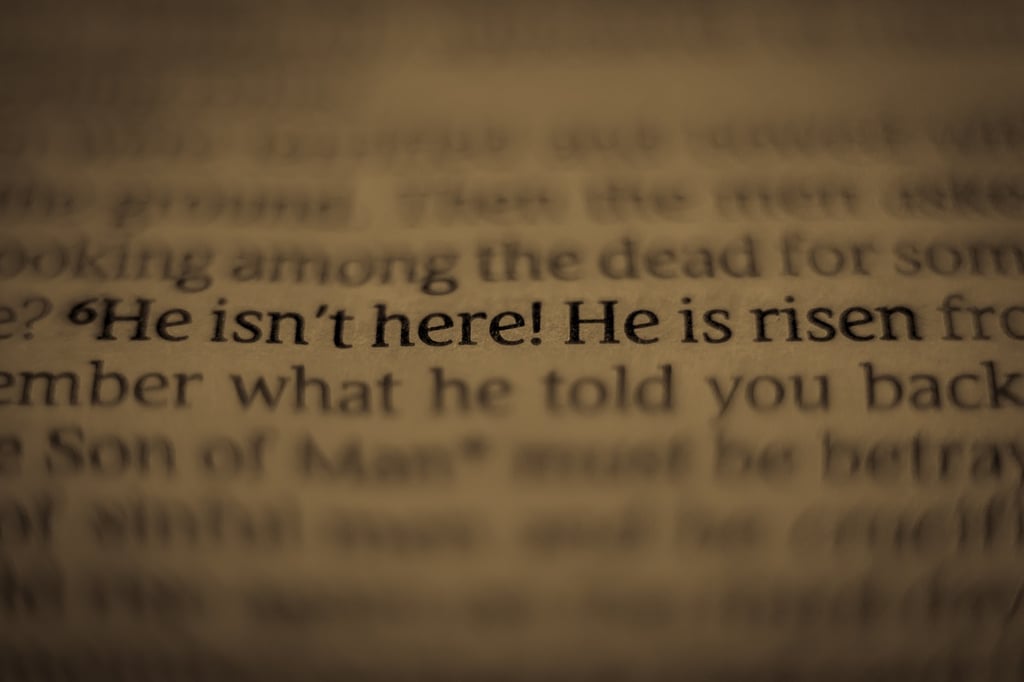 As a pastor, I often said that “Sunday comes every seven days with ridiculous regularity, and you can’t slow it down no matter how hard you try.” When you preach week after week after week, that pressure can build as you attempt to teach the Bible in a transformational way. Sunday comes once a week - it's an obvious reality, but it can be a stressful reality for those writing sermons week in and week out.

Similarly, there is a great pressure when it comes to Easter and Christmas. Yes, they occur only once a year, but because Easter is the highlight of the Christian calendar and so many new or occasional attenders will be in church, the pressure to write an amazing sermon increases as you move toward Easter. And a pressure that pastors feel is often this: is it pretty much the same sermon as last year? It is Easter, so it needs to be about the resurrection. But how can you keep it from sounding the same year after year?

Approach 1: Preach the story of the Resurrection.

There are four Gospels and four versions of the resurrection story. You could preach it from one of the Gospels (and you could rotate through them every four years), or you can preach it from a particular character’s perspective. Walk your congregation through the details of the story. It is the greatest story in history, and if told well, it never gets old. Remind them of the most important and amazing event in history.

Whatever you do on Easter, be sure to re-tell the story over and over, and don’t apologize for it. Here is an example of a sermon simply walking through a Gospel passage of the story: The Greatest Story Ever Told

Approach 2: Preach on the implications of the Resurrection.

A second angle you could take would be to start with the resurrection and tell everyone what difference it makes. You could talk about the certainty of forgiveness, the hope of the future, or the need to follow Christ. But instead of merely telling the story of the resurrection, share a life-changing implication of the fact that Jesus rose from the dead. 1 Corinthians 15 is a good start and could supply several Easter sermons on the implications of the resurrection.

Of course, this is the perfect Sunday for a sermon inviting people to come into a relationship with the One who died and rose again for their sins. Here is a sample of a sermon using the theme of the resurrection to share the Gospel: Laying Your Ladder Down

Approach 3: Provide a defense for the Resurrection.

Occasionally, it would be good to talk about the reality of the resurrection - this could be especially helpful for those in your congregation on Easter Sunday who are not believers. How can we know it really happened? There are several angles you can take on this topic. A good apologetics book will provide you with many options.

Apologetics-based sermons can play an important role at Easter. Many non-Christians believe the resurrection is a myth, so a sermon defending the reality of the resurrection is helpful because it focuses on the ultimate question: “Did Jesus rise from the dead? And if He did, what does that mean for me?”

Approach 4: Begin a new series that will engage visitors to come back.

I first heard this idea from Rick Warren. Although unconventional in many churches, at my church, we found this to be successful. On Easter Sunday, front-load the service on the resurrection theme. Then your sermon could begin with, “Because the resurrection happened, there are many implications for marriages and parenting...” (or whatever the sermon series is going to based around).

The reality is, there are many "Chr-easters" (those who only attend on Christmas and Easter), and introducing a sermon series they want to hear more about could be a way to help those rare attenders become regular attenders.

One year when I was a Lead Pastor, we began an FAQ series on Easter. We chose topics that would engage those on the fringes of the church and Christianity. We started the series with the question: “Is Jesus really the only way?” The sermon was Easter related, but it also started a new series that drew interest for the rest of the series. During the sermon, be sure to introduce other topics of the series that could cause occasional attenders to want to return.

One of the most difficult but effective ideas I've used for two past Easters combines two of the previous approaches. My team went to Israel to film a series about the death and resurrection of Jesus. We filmed it in January but began the series on Easter Sunday. It was a three - five week series each time. Although it was a lot of work, the results were substantial. Those two series were among our highest growth in attendance in our church’s history. Here is an example of one of those sermons: A Beautiful Exchange

Remember, as followers of Jesus, Easter Sunday is our greatest holiday. Whatever you do, do it well for God’s glory, the good of His church, and the joy of those who get to hear the story once again.

What other tips do you have for keeping your Easter sermon from being the same year after year?

If you enjoyed this, then you'll also like 5 Ways To Keep Your Team's Energy During Easter Weekend.