Give Thanks And Live 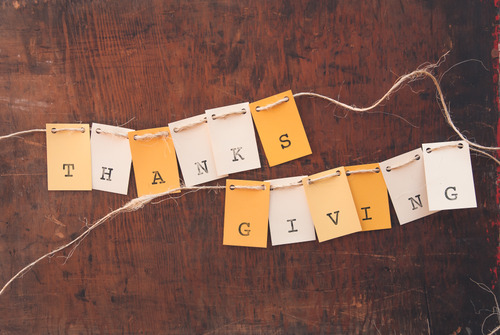 Go to church, and you might live longer. That probably sounds like something your grandparents would have told you growing up. Only this time, it isn't grandma; it's scientists who are telling us to go to church. A study from Yeshiva University has revealed that consistently participating in religious services can lower your mortality risk by about 20 percent.

Researchers looked for every possible reason to rationally explain their findings. They could not.

"'Interestingly, the protection against mortality provided by religion cannot be entirely explained by expected factors that include enhanced social support of friends or family, lifestyle choices and reduced smoking and alcohol consumption,' said Dr. Schnall, who was lead author of the study. 'There is something here that we don't quite understand. It is always possible that some unknown or unmeasured factors confounded these results,' he added."

There is something about worshipping God that gives us life. It is what we were made to do. [click to tweet]

A friend of mine often says in his sermons, "Praise always precedes victory." When God was arranging His people to enter into the Promised Land, he put the tribe of Judah first. Judah means "praise." They led the way into the land, and a victorious campaign followed. When God would march his people into battle, he put the singers out front. Praise always preceded the victory.

I don't know what battles you are facing today, but I know that there are a lot of them this year. This week, no matter what you are facing, is a week to praise God and thank Him for all He has done for us.

As Thanksgiving rolls around on Thursday, take extra time to thank God, to worship him, to sing to him, to list the good things He has done for you. When you do, your battles will seem a little smaller, and victory will seem a little closer. You will find life. And the days you have will not only be longer, they will be fuller.