"So thankful for the steps [the Consultant] had in place throughout the process.”

A church, which was started in 2015, grew from 400 congregants in 2017 to nearly 1,500 in late 2019. This explosion of growth can be attributed to the lively, inclusive church culture and the growing distinction around its lead pastor, Tim Ross. Embassy City needed to hire an executive pastor who had the experience to guide the church in its growth, handle a substantial budget, and shepherd the staff. Vanderbloemen helped Embassy City find Greg Poss, a former executive pastor with two decades’ experience at multi-site churches with several thousands of congregants.

Embassy City Church in Irving, Texas, was planted by its pastor Tim Ross in 2015. Embassy is a sisterchurch of Gateway Church in Southlake, Texas, which is one of the largest churches in the Dallas-Fort Worth Metroplex with over 35,000 congregants. By 2017, Embassy had grown to 400 congregants. Gateway’s Sunday services are televised, and Ross was given the opportunity to preach at Gateway several times. Ross’s growing distinction as an eminent preacher and leader was directly associated with Embassy’s quick growth. The church style was also well-situated for accelerated expansion. An example of this is the way Ross describes his church. “This is a hugging church,” he says. Ross’s policy on Sunday mornings is that congregants must hug at least seven people and no more than 30. The growth has not slowed at all since--by the end of 2019, Embassy was running nearly 1,500.

The exponential growth has been a clear blessing for Embassy, but the church has experienced its share of obstacles. Parking space was capped every Sunday, and the leadership team had to begin considering what it may take to move to a larger building. Ross needed to focus on shepherding the church, and did not have the time to also shepherd the staff and handle the day-to-day details of running the church. His executive pastor did not have the experience necessary to sufficiently forecast and situate Embassy to continue succeeding as a growing church. Ross needed to hire an executive pastor who had experience at a large church which had faced similar growth to Embassy’s to help lead it to the next level.

Ross hoped to find an executive pastor who could oversee both the ministerial responsibilities and internal operations of the church. An effective executive pastor would take care of the details so Ross could focus on preaching and vision-casting. Ross explained that he feels his leadership style is comparable to the style of someone like Martin Luther King Jr. Ross feels very comfortable leading a march, but is not as gifted in planning the march. His new executive pastor needed to be equipped to successfully plan and execute the march of Embassy City Church. 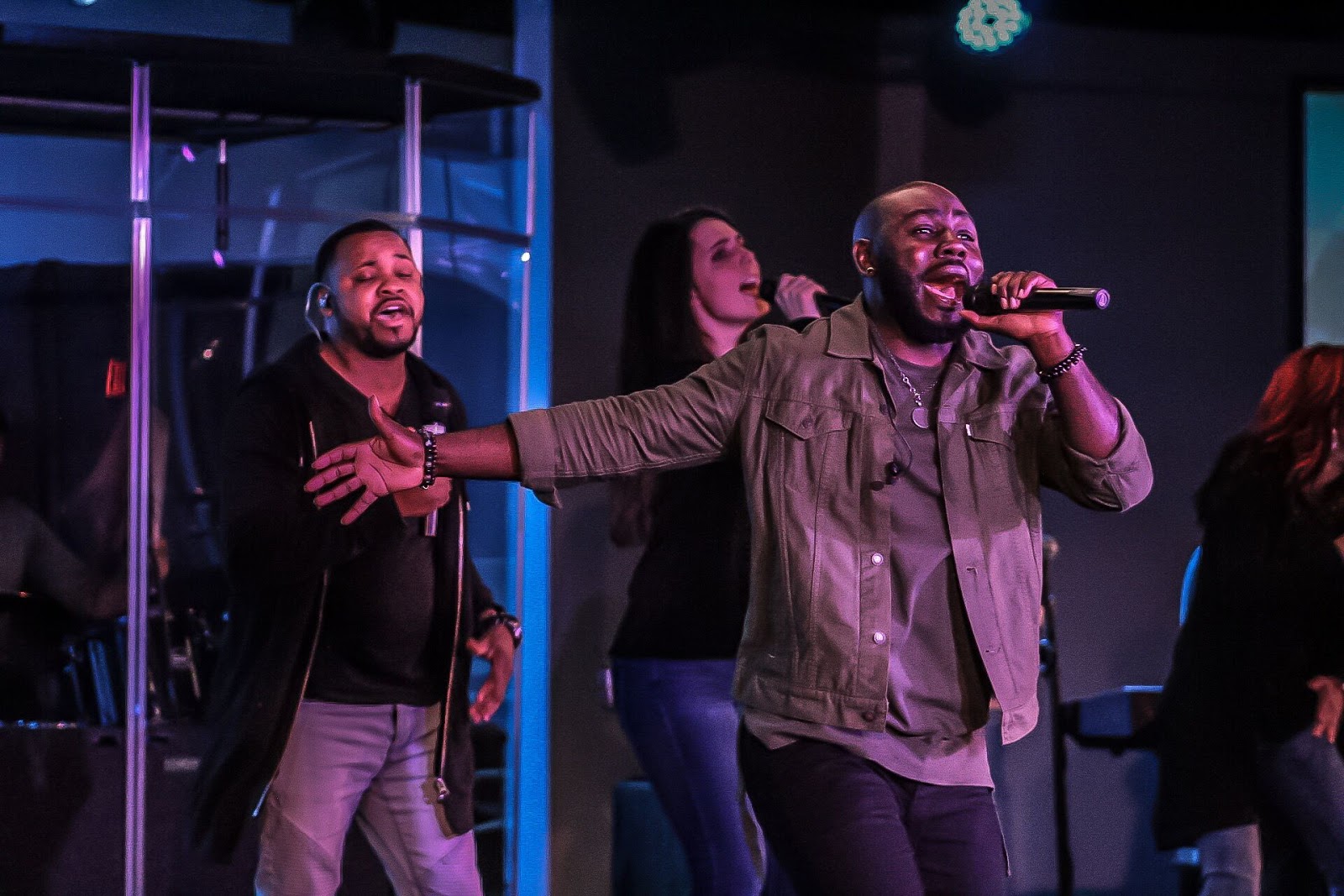 Ross was looking for a very specific type of person for the role. Ross desired a leader that had more experience than himself. He was also looking for someone who had worked at a 5,000+ person church who could say “I’ve been there, and I’ve done that.” It was clear to Ross that he needed to collaborate with an executive search firm that had the resources to find the right fit for his specifications. Ross decided to partner with us at Vanderbloemen to find the right person for this critical hire.

After receiving the call from Tim Ross, our Consultant traveled to Irving, Texas, and met with the Embassy City team. Our Consultant met with Pastor Ross several times to gather as much information he could about the church, about Ross’s vision for the future, and the executive pastor’s role within that vision. Our Consultant asked tough questions to fully unpack the DNA of the church and determine what the incoming leader would need to bring to the position to lead Embassy to the next level.

Our Consultant also met with the then executive pastor, who would be moving on from Embassy two months later. At Vanderbloemen, it is standard practice to meet with the person who is being succeeded if possible. This gives our Consultant a chance to get to know the position through the eyes of the person closest to it, and hear what that individual would praise about the church and what he or she might recommend for the incoming leader. The executive pastor at Embassy graciously sat down with our Consultant and helped familiarize him with what he should expect for the search. 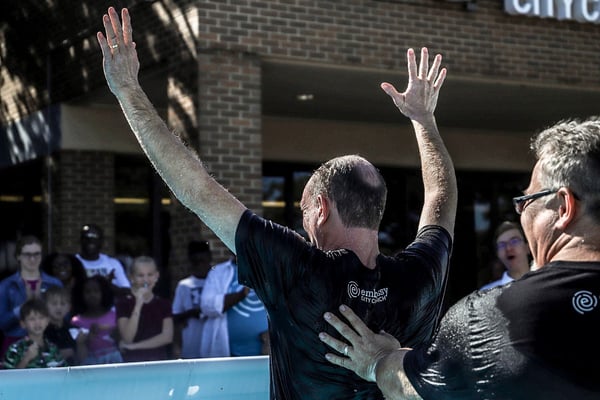 Through these in-person conversations, Ross was able to articulate his limitations as lead pastor and what he was looking for in the executive pastor role. The new executive pastor needed to be someone who was proactive and able to perceive when Ross needed something taken care of. They needed to be a shepherd of the staff as well. Our Consultant met with the rest of the Embassy staff to ask each of them what they expected from an executive pastor and how he or she can best support them in their roles. Qualities which were repeated as “expected” or “supportive” among staff members were added to the list that our Consultant would reference when interviewing viable candidates.

Before returning to Vanderbloemen to launch the search, our Consultant had Ross make a list of what was “Required” in an executive pastor, what was “Strongly preferred,” and what was a “Bonus.” This list, along with recommendations from the Embassy staff, served to outline what kind of candidate our team would be searching for.

Our Vanderbloemen team launched the search and proactively recruited candidates for the role, we surfaced 120 potential candidates for the job. After extensive screening and interviewing, the Vanderbloemen team narrowed the pool to the top fifteen best candidates. After interviewing all fifteen, our Consultant recommended eleven finalists to Ross and the Embassy leadership team. One of those eleven was Greg Poss, a former executive pastor of a multi-site, 6,000+ congregant church in Winston-Salem, North Carolina. Eventually, the Embassy team felt confident about Greg Poss, who was hired in early March 2020. 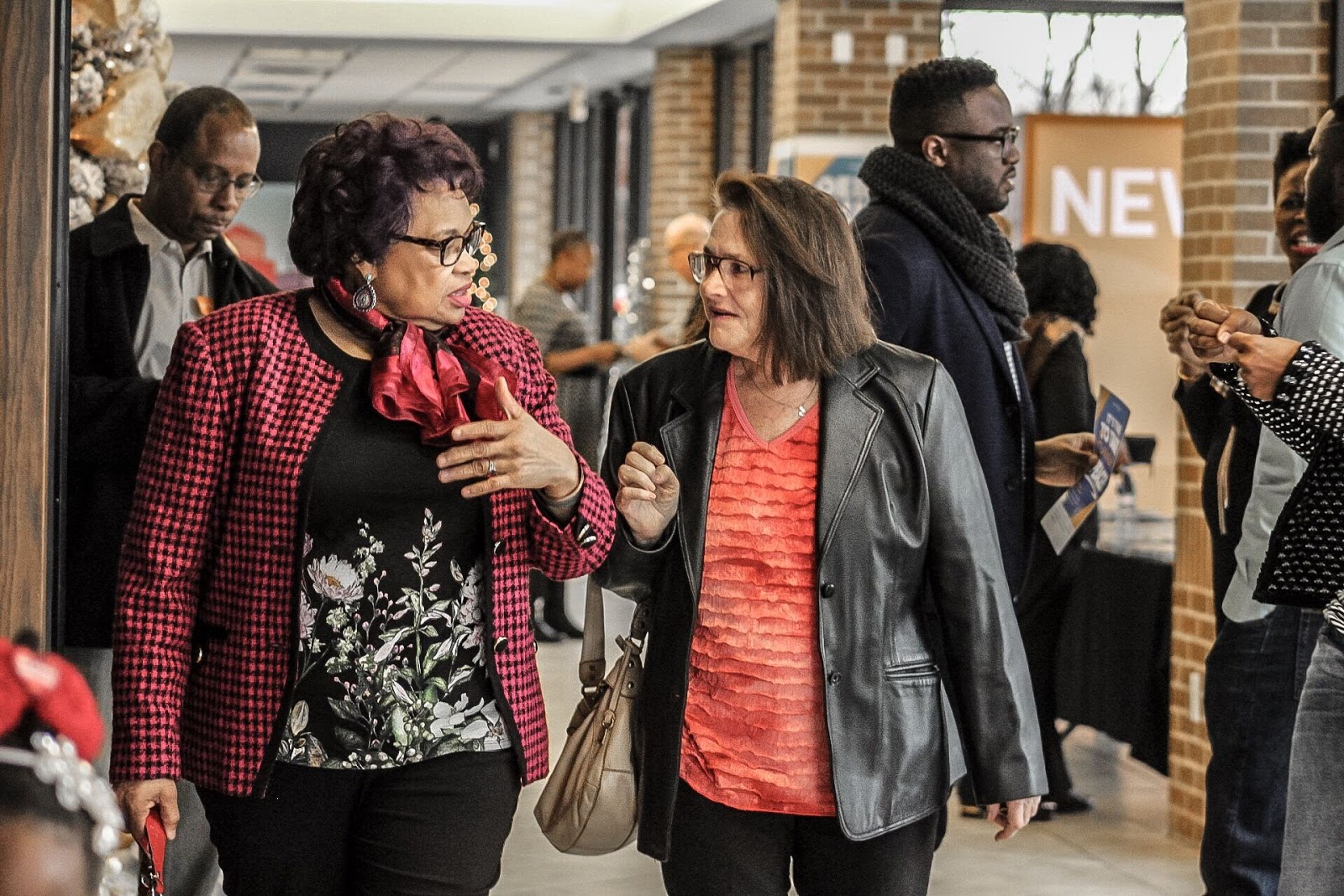 When partnering with Vanderboemen, an organization is assigned a team that includes an
Executive Search Consultant and a Research Specialist who walk alongside the organization throughout the entire search process. The Vanderbloemen Executive Search Consultant who was chosen to work on this search has over twelve years of ministry experience as a pastor for two different churches, the first running 6,000 and the second over 20,000 congregants. A critical advantage of Vanderbloemen is the expertise our Consultants offer. Tim Ross still texts the Consultant who worked on the Embassy search because of the friendship they formed. Our Consultant’s background as a pastor at large churches unquestionably assisted in his ability to guide Ross through this search. All of our team members are full-time employees, solely dedicated to helping our clients find their key staff. All of our Executive Search Consultants have executive leadership experience at Christian organizations.

The benefit of hiring Vanderbloemen is that we have the search capabilities to find the ideal fit for your organization, whether the right person is already working for you or is living halfway across the country in North Carolina. We’re able to provide an extensive reach and a full staff approach for organizations who otherwise would be limited to their local networks and would need to sacrifice other responsibilities to invest in a quality search. We are able to bring churches and organizations executive position candidates they could not find on their own.

Embassy City, a quickly growing church, has hired an experienced and competent executive pastor in Greg Poss to guide them into the future. Tim Ross told our team that he was “So thankful for the steps [the Consultant] had in place throughout the process.” Our Consultant was able to make an overwhelming process to find the right person simple by walking Ross through one step at a time.